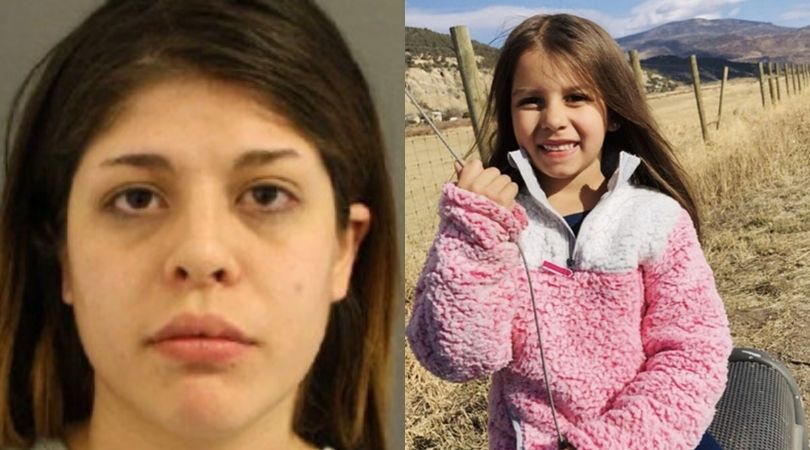 A 5-year-old girl from Colorado tragically died from acute meth poisoning after accidentally drinking her mother’s bong water, and was left for three hours without medical help. According to court records, the girl told her mother she was “seeing monsters and demons.” Authorities stated Sophia Larson drank the tainted water from her mother, 26-year-old Stephanie Alvarado who had been using it during a drug bender with her two cousins.

Larson was upset after reportedly losing her job because of a failed drug test. The arrest affidavit stated the girl spat out the water saying it was “yucky” but quickly began to have terrifying hallucinations from the high levels of meth, that eventually killed her. Instead of seeking medical help, the adults gave her milk, wrapped her in a blanket, and “prayed and read from the Bible” since the mom was scared of losing custody of the girl if she called 911.

The 5-year-girl reportedly passed out a short time after and blacked out, which is when the trio took her to a nearby apartment and gave her oxygen through a tube. Not responding, they eventually took her to Grand River Hospital, where little Sophia was pronounced dead by a heart attack. Police were able to find baggies filled with a white powder substance, drug residue on a dollar bill, and pipes and bongs all throughout the apartment.

Just last week, the death was ruled to be from methamphetamine intoxication, after “very very high” levels of drug found in the girl’s system. Sophia’s mother, along with her two cousins, Bertha Karina Ceballos-Romo, 28, and Daniel Alvarado, 27, were all arrested. They were all charged with possession of a controlled substance, reckless endangerment, and child abuse resulting in death.

I read the saddest thing today. A 5 year old girl died from drinking meth bong water. I know I shouldn’t expect more from a meth addict but damn.

According to the Rifle police arrest warrant affidavit, Alec Larson, Sophia’s 23-year-old father, split from his ex because of her drug addiction, he stated the death changed him in a way that “scares him.” He noted, ?If they would have taken her when they saw my daughter drank that, she may have been a little slow and not right in the head ? but my daughter would still be here with me today. I miss her every second, every day.? The three arrested have been released on bond but have not yet entered a plea.

Watch: The Disturbing Truth of Chris Benoit?s Double-Murder and Suicide