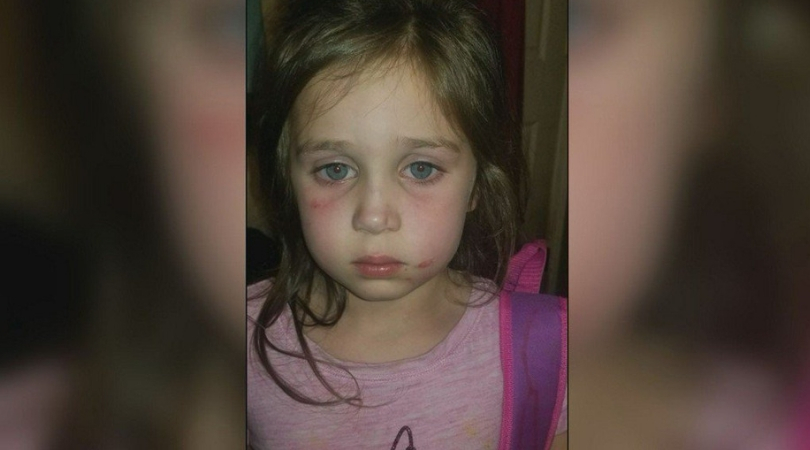 It was a horrifying day for Aubrey Corley’s 5-year-old daughter after she was viciously attacked while riding the school bus home. According to Corley, her daughter, who attends Hubbard Elementary School, said a 12-year-old attacked her, grabbed her by the throat, and told her to stop breathing. The student then grabbed her by the hair and slammed her head against the bus wall. The 5-year-old admitted to the attack on December 4th after Corley noticed several cuts, scratches, and bruises on her daughter’s face when she got home.

The little girl also said she was allegedly hit with a book bag and poked. The Monroe County Sheriff has filed charges against the 12-year-old who remains anonymous due to her age, and the Monroe County Assistant Superintendent Jackson Daniel said the district is investigating the incident. The child had been disciplined.

District officials are interviewing the bus driver and both the school district and the sheriff’s office are watching video recorded by the bus camera. Corley said law enforcement members who have already seen the video described the incident as pure torture.  She stated, “Mr. Blanks, Adam Blanks, the investigator, he told me that when she got on the bus, the whole 45-minute bus ride was complete terror and torture.”

Fortunately, the 5-year-old did not need any medical treatment, but the mother is still wondering why someone would physically hurt the girl since she usually gets along with everyone. As for the District Attorney’s Office, someone is said to review the video before deciding what formal charges will be filed.