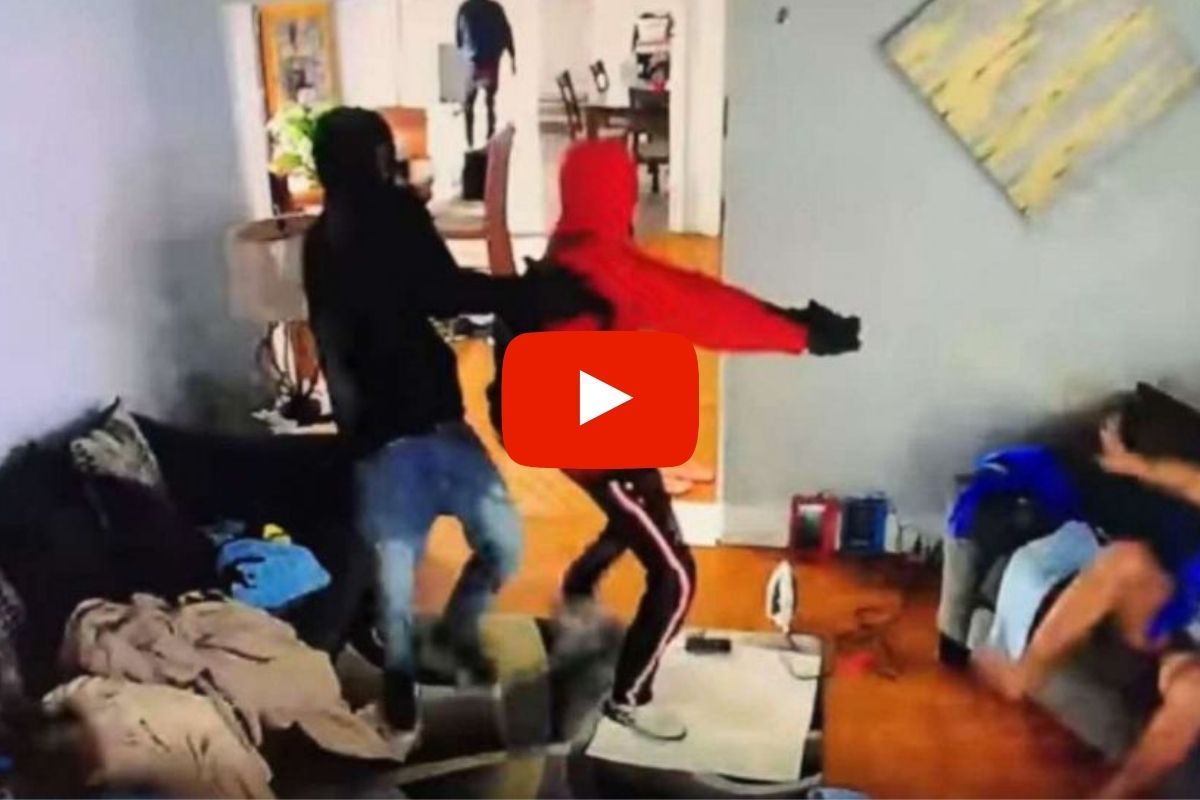 Wow, what a brave boy. A 5-year-old boy was caught on video tackling an armed gunman during a home invasion as four men burst into his home. According to the South Bend Police Department, the home invasion took place on September 30, they are now asking the public for help to track down the suspects involved in the case.

Authorities also released a surveillance video of the incident showing the men forcing themselves inside the family’s home in the Westside neighborhood of South Bend,Indiana. Authorities believed at least three of the men were armed with firearms.

The video shows the men barging in from the front door, as the child answers it. In the video, two of the men are wearing hoodies and can be seen immediately charging into the living room where a woman is ironing some clothes on the floor with two small children standing by the sofa.

One of the gunmen holds his weapon up a few feet away from the woman’s face as she quickly falls back in fear onto a chair before the 5-year-old boy begins hitting him from behind. Another gunman quickly comes to help out before making his way into the other room as the boy is seen throwing an object at one of the men before charging him from behind during the altercation.

The South Bend Police Department released a statement about the Indiana home invasion, stating, ?This video is extremely disturbing. You can see a little boy hitting one of the armed suspects as he tries to defend his home. It is our job now to defend him.? Towards the end, the group of men is heard firing some shots before leaving the home. Luckily, authorities did state that there were no injuries. Police are still investigating the incident, and are asking anybody with information about the case to contact the South Bend Police Department.