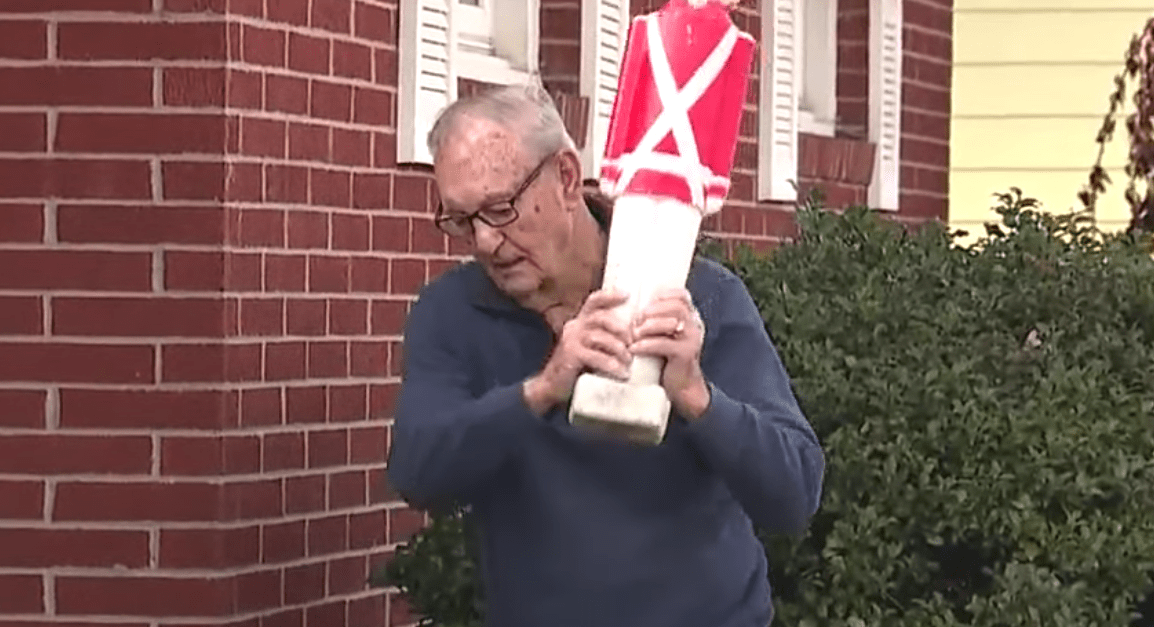 Canton, Ohio resident and Korean War veteran Leonard Miller was in his kitchen on Sunday when his 13-year-old neighbor started frantically knocking on his door. The former Army combat medic answered the door and the frightened girl told him that her little sister was being mauled by the family’s pit bull in their home.

Thinking fast, Miller ran out and followed the girl back to her house, but first, he grabbed a Christmas decoration to use as a weapon to fend the vicious dog off. A three-foot plastic nutcracker lawn ornament.

Miller found the pit bull on top of the 10-year-old girl, violently shaking and attacking her. He started to hit the pit bull on the back of the head with the nutcracker but the dog would not relent and release its grip from one of her arms.

Miller then started hitting the dog on its back and, finally, it let go of the girl, who immediately went and hid with her sister. While the girls were escaping Miller turned to the dog, now worried that it would attack him, and shouted “No!” at it loudly, multiple times until it went away. (Personally, if I were a Korean War veteran in that situation I probably would’ve shouted something like, “One million Chinese communists couldn’t kill me 60 years ago and I guarantee ya a dog’s not gonna do it today you literal son of a bitch.”)

After shooing the dog away Miller went to his home and called 911 before returning to use his old combat medic skills to treat the little girl’s badly injured arm. Eventually, paramedics arrived and took the girl to the hospital, where she received surgery for the serious injuries she sustained.

The Stark County Dog Warden deemed the pit bull “a vicious dog” and gave the family ten days to appeal, however, the family turned it over tot he county, who euthanized the animal.