A 9-year-old boy was saved by police officers after being kidnapped and almost trafficked to another city. According to authorities, police officers were able to track the boy down before the suspect left San Antonio, Texas. Officers spent the entire night tracking down the boy until he was found inside a car outside of H-E-B on the South Side of Goliad Road and Southeast Military Drive in San Antonio.

Law enforcement officers said the boy was allegedly kidnapped in the downtown area and Homeland Security along with local authorities were immediately notified. San Antonio Police ROPE officers followed several leads, which brought them to the grocery store where the suspect and the boy were going to be. SAPD officers were called to assist in the arrest.

Officers were allegedly blocking the car in the parking lot, recovering the kidnapped boy and placed the suspect under arrest. Authorities stated the trafficker was trying to sell the boy in Eagle Pass or Laredo, Texas. Homeland Security is leading the investigation, and the suspect is said to receive charges of kidnapping and human trafficking.

HORRIBLE: A scary story out of the San Antonio area this morning where a child, a near victim of human trafficking, was rescued just in time. https://t.co/mvaaYIDGVr

The U.S. State Department of Homeland Security estimates nearly 600,000 to 800,000 people are trafficked across international borders every year, out of those, 80 percent are female and half are children. The National Human Trafficking Hotline receives more calls from the state of Texas than any other state in the United States. Fifteen percent of those calls come from the Dallas-Fort Worth area. Between 14,500 and 17,500 people are trafficked into the United States each year. 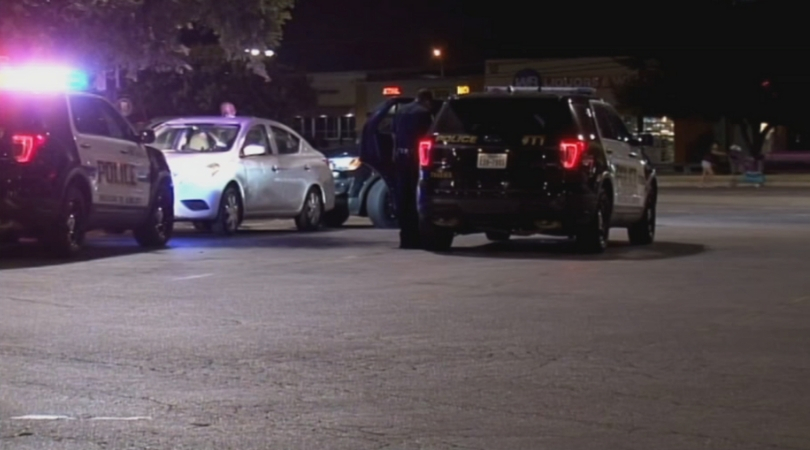