More than 15 years after 9/11 horrified the nation and shone a spotlight on America’s brave first responders, that day’s toll is still not fully paid. Brian J. Masterson, who worked at Ground Zero following the terrorist attack, has become the 124th officer to die after breathing in toxic air.

Masterson, 61, who originally hailed from Ireland and was working with the New York Fire Department on that infamous day, was quickly on the scene after the two jet liners crashed into the Twin Towers on Sept. 11, 2001.

The father of three was diagnosed two years ago with esophageal cancer, according to his nephew Christopher Ferry.

“The number of firefighters and other first responders being diagnosed with cancer as a direct result of working so many days at the site of the Twin Towers has been constantly growing to this very day,” Ferry said. “My uncle fought very hard for two years overcoming the odds and died […] with his family by his side.”

In fact, the day before Masterson lost his battle with cancer, fellow New York City firefighter Kevin Rooney died aged 38, also having worked on 9/11. Both men were involved in the rescue and recovery efforts at Ground Zero for many weeks and months in 2001.

Claudia E. Thomas, Founder of the 9/11 Rescue Workers and Friends Forum Group, said Masterson was “the Captain of his soul and the hearts of those who knew him,” according to The Mirror. “A member of Engine 93 Ladder 45 Battalion 13 in Washington Heights, and later Marine 9 (Fireboat II). His life was dedicated to the job he loved and started out in back in 1990 and survived several life threatening emergencies.”

Fellow New York firefighters were invited to attend his wake on Wednesday and Thursday this week in Walden. 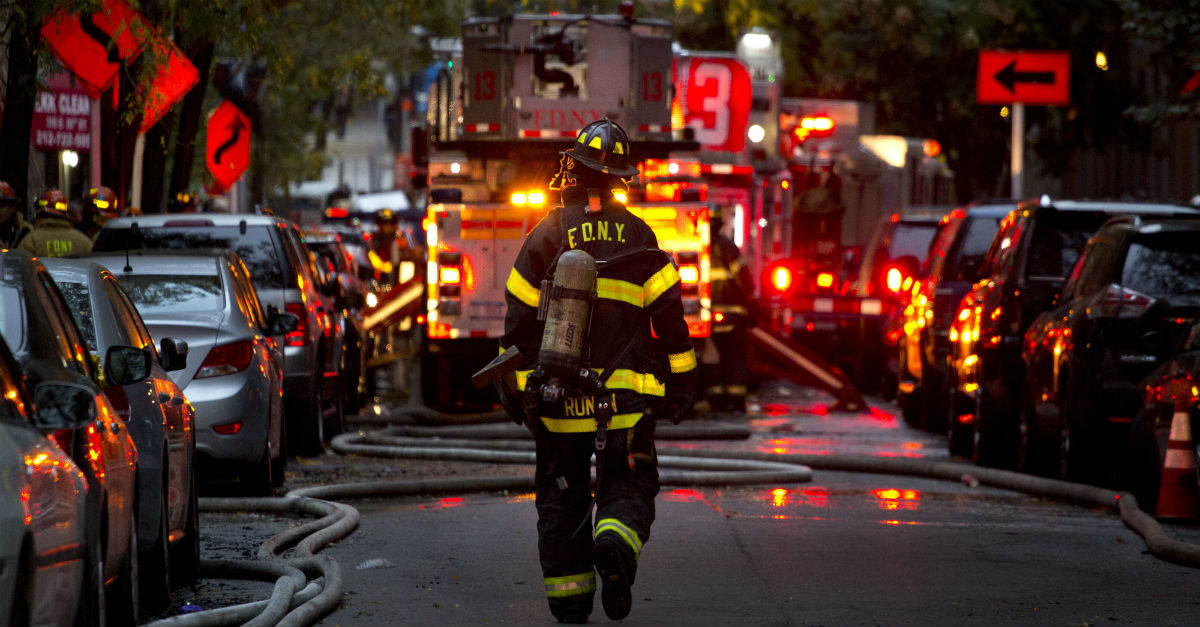