Whiskey, 92 Minibottles of Liquor Found in Car That Struck and Killed 15-Year-Old 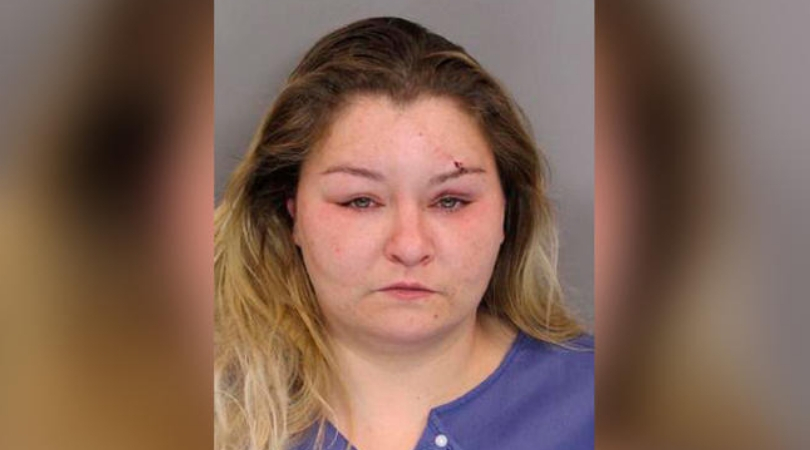 A woman is being accused of driving off the road and killing a teenager in Maryland that had two bottles of whiskey and 92 minibottles of liquor in her car. According to authorities, 30-year-old Jennifer Jean Jones has been charged with negligent manslaughter by vehicle. Baltimore County Police said Jones crossed the double lines of a Dundalk road, hitting 15-year-old Trinity Lynn Brooks.

That’s when the driver decided to keep on going, hitting a tree, diving through a fence and into three backyards before coming to an ultimate stop. Authorities were able to find two bottles of whiskey and 92 minibottles of liquor on the front passenger side floorboard.

Police say a woman accused of driving over a sidewalk and killing a teenager in Maryland had two bottles of whiskey and 92 minibottles of liquor in the car. https://t.co/JdjbXWFX80

Authorities stated Jones was found unconscious in the wrecked car and First Responders administered Narcan believing she was under the influence of opioids. Arrest documents also show that she told police she had her last drink 5 minutes before the crash. She admitted to drinking heavily every day and was a heroin user.

The 15-year-old was a freshman at Dundalk High School, according to Baltimore County School spokesman Brandon Oland. He stated the school was heavily impacted by the teenager’s death, and their thoughts are with the family. A vigil for Brooks was held at the crash site where friends and family were able to visit the location to pay their respects.

The teen, Trinity Lynn Brooks, was struck so hard her body was taken through several backyards before coming to rest. She was pronounced dead at the scene. https://t.co/VJIfDUnHaH

As for Jones, charging documents state she waived her right to appear at her bail last week. She’s being held without bond at the Baltimore County Department of Corrections, and it is unclear whether she has an attorney who could speak for her or not.

Now, I’m sure I’m speaking for everyone when I say that this could have easily been avoided. A 15-year-old girl lost her life because of one stupid and selfish person, who had no reason behind the wheel in the first place. This is why ride-sharing apps were created, to stop people from committing these horrible crimes. Also, 92 minibottles of liquor is way too excessive. How did she not get alcohol poisoning? So tragic.