A 15-year-old high school soccer player in Georgia lost her life on the Fourth of July when a driver who had been drinking ran a stop sign and hit the car she was traveling in as a passenger with three others, killing her.

RELATED: Tragedy struck when a teenager reached for her phone while in the bath

The Atlanta Journal-Constitution reported that Xavier Sanchez, 16, was behind the wheel, while Eliza Farrell, 15, Rachel Rajczak, 15, and Kevin Arias, 16, were all passengers.

Sanchez, Arias and Rajczak survived with non-life-threatening injuries, but Farrell would not be so fortunate.

She was pronounced dead at the scene.

The funeral home left the following information about Farrell on Facebook:

Eliza Farrell, age 15, of Suwanee, GA, passed away suddenly on Tuesday, July 4th, 2017. Eliza was a rising Junior at Lambert High School, and a faithful member of St. Benedict’s Catholic Church. And she was so much more. Eliza was a beautiful girl, inside and out. She loved all and was loved by all. She greeted everyone with her infectious smile and inspired friends and family with her words of encouragement, faith and love of life. Active in the community, Eliza volunteered at St. Benedict’s Catholic Church and recently completed a week at Lighthouse Family Retreat. She was also active with HOSA-Future Health Professionals as she aspired to a career in nursing. At Lambert Eliza was a member of the junior varsity soccer team and also played at UFA, United Futbol Academy. Eliza is survived by her parents, Matthew and Caren Farrell of Suwanee, GA; brother, Maximilian Farrell of Suwanee, GA; grandmother, Barbara Farrell; aunts and uncles, Susan and Russell Sloan, Maureen and Michael Flannery, Michael Farrell, Patricia and David Brown, and Karen and Michael Silverman. She was pre-deceased by her grandparents Joseph and Rosine Cicon and her grandfather Raymond Farrell. In lieu of flowers Eliza cherished these organizations and wishes that you consider contributing to www.mustardseed.com and www.lighthousefamilyretreat.org. Memorial services for Eliza will be held on Tuesday, July 11th, 2017 at 1:30pm at St. Benedict Catholic Church. Father Paul Flood will officiate. A reception will be held at the church immediately following the service. Online condolences may be expressed at www.crowellbrothers.com. Arrangements entrusted by Crowell Brothers Funeral Homes and Crematory, 5051 Peachtree Industrial Boulevard, Peachtree Corners, GA. 30092. 770-448-5757.

Farrell, who was employed by a local bagel shop, was remembered as an “angel.”

A GoFundMe campaign started by Farrell’s friends has raised $2,557 of the $10k goal in four days. In it, the friends reveal that they are starting a soccer scholarship in Farrell’s name and are asking for contributions to it.

“The loss of Eliza is a loss to everyone in our community. Lets never forget those that mean the most to us,” Farrell’s friends wrote there. “The ‘United Futbol Academy Eliza Farrell Memorial Scholarship Fund’ has been established for those wishing to contribute to deserving families in need, and offering children the opportunity to pursue their dreams of playing soccer at United Futbol Academy, as Eliza did.”

“Please direct contributions to the ‘United Futbol Academy Eliza Farrell Memorial Scholarship Fund,'” they continued. “We can keep her memory alive while helping those around us to play the game she loved.”

Farrell was described by Principal Gary Davison as  “kind, well-liked [and] hard-working.” He said, “Her legacy will remain at Lambert [High School] as long as those who knew her. We will all greatly miss her.”

Friends, teammates and others affected by Farrell’s sudden and tragic death have taken to social media to share their condolences and memories.

RELATED: Student pilot’s small plane crashes in the Everglades, and the news chillingly finds a gator ready to eat his remains

Brayden Clark has been blood tested for drugs and alcohol, and the results are pending. 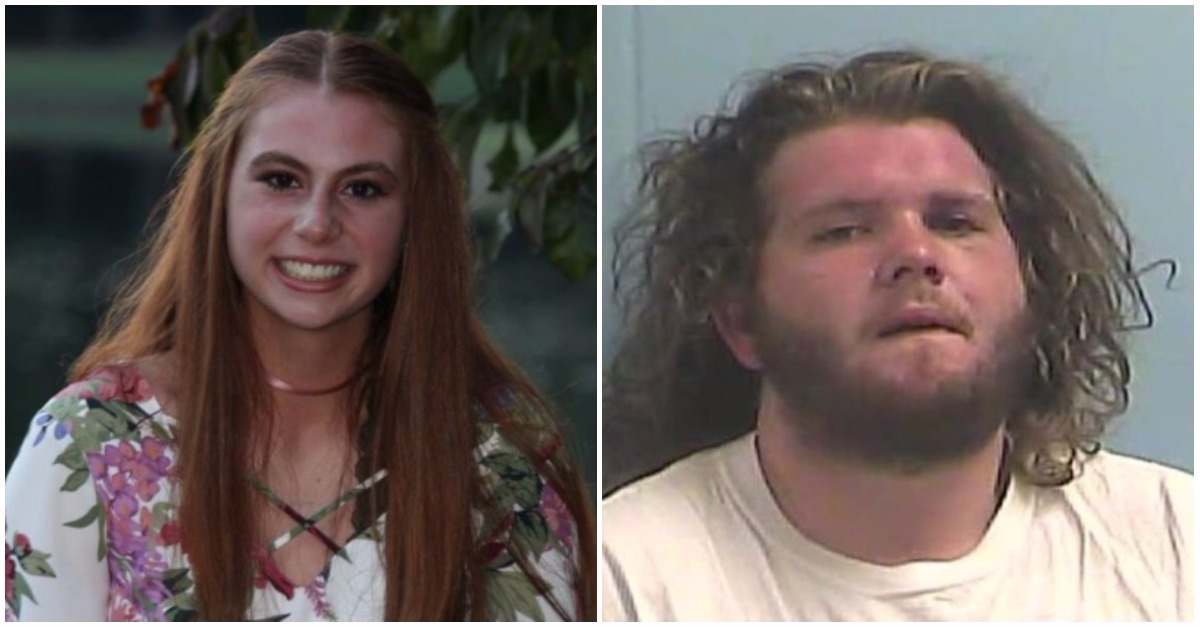