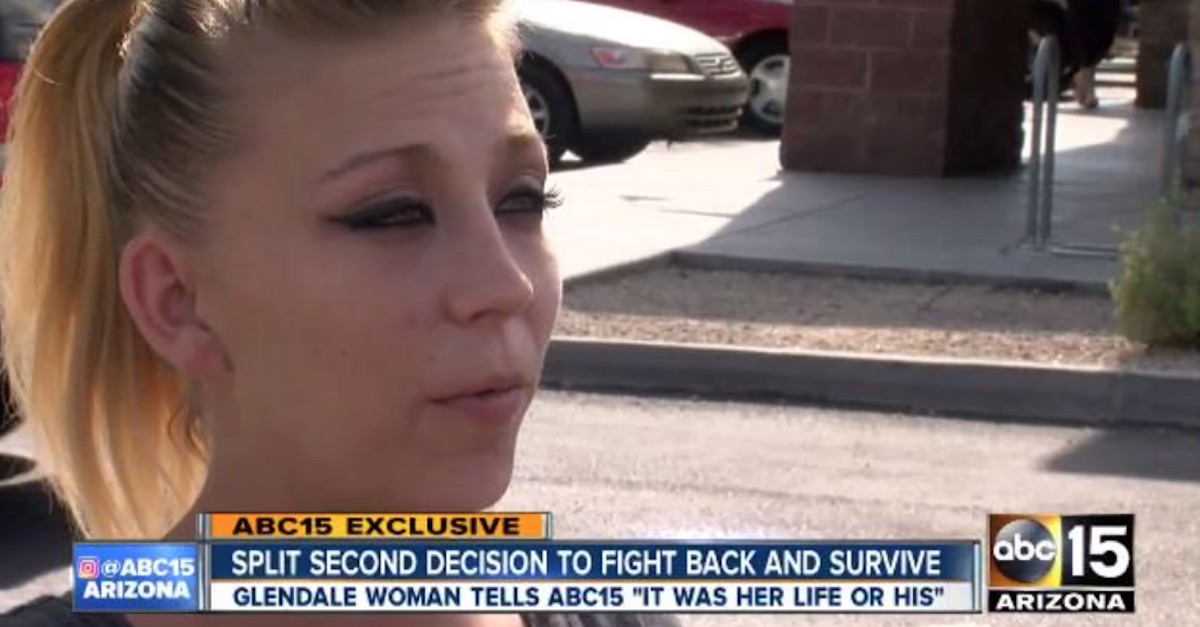 It was no miracle that a woman with a gun to her head was able to prevent herself from being robbed – or worse. That’s because Carolann Miracle, 23, who said she is 4’11 and 85 pounds, was armed and ready to eliminate the threat.

Speaking to ABC15, the woman from Glendale, Ariz., said that she was leaving a gas station when a man named Frank Taylor, 27, approached her and asked for a cigarette.

She says Taylor then put a gun to her neck and tried to rob her.

RELATED: If not for one merciful judge, his armed robbery megafail would have had inmates rolling on the floor laughing for 15 years

“I dropped my soda, released my gun from my holster and cocked it. I shot him and ran in the opposite direction,” she said.

She said that her dad is a Marine and taught her self-defense.

“I was scared, at first. I thought, ‘Am I really getting robbed?’” she said. “He put the gun up to my neck and said, ‘It’s loaded, don’t move,’” Miracle said. ”I think he thought, ‘She’s a little girl. Maybe she doesn’t know how to use her weapon.’”

The woman said that, even though she was held at gunpoint, she feels bad that Taylor died.

RELATED: Business is booming after a barber and customer dealt with armed robbers in swift fashion

The woman shot the armed robber once. Taylor died as a result.

Police say parts of the incident were caught on surveillance camera.

The incident is currently under review by the Maricopa County Attorney’s Office and Miracle is not in police custody.