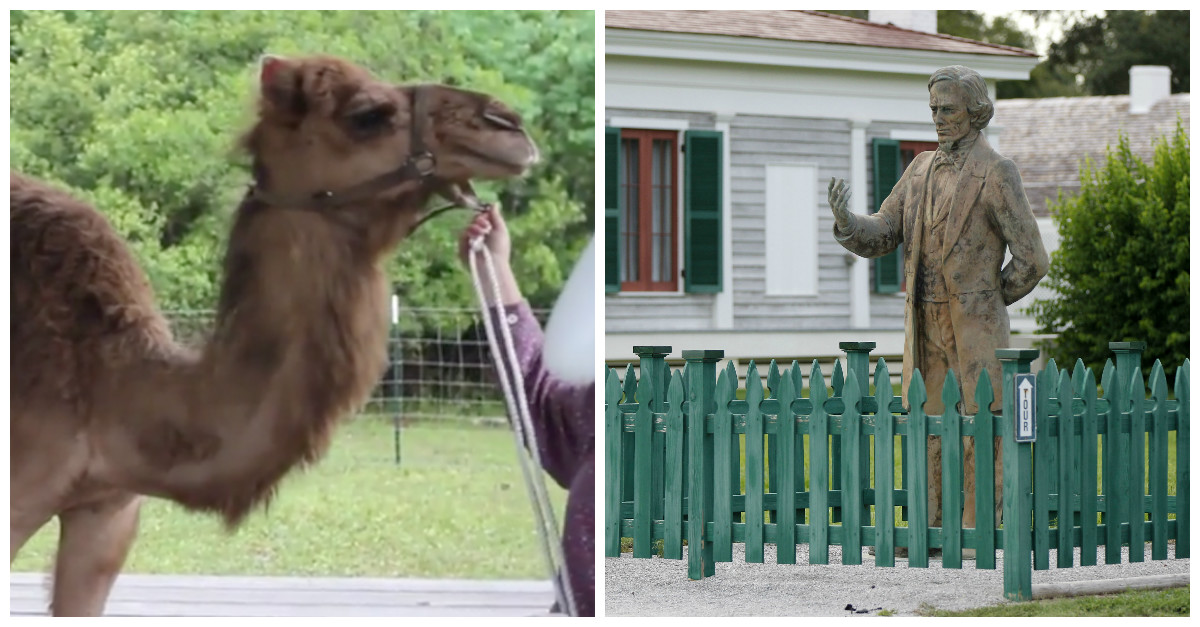 A Florida woman, who had apparently been ruminating for some time about a lawsuit, has filed one against the United Sons of Confederate Veterans, Inc., because of an incident from 2015 involving an alleged camel attack.

To make matters even weirder, the camel is named Sir Camelot, the location of the alleged attack was the last home of Confederate president Jefferson Davis — a plantation in Biloxi, Miss. — and the camel likes caffeine.

Sylvia June Abbott says Sir Camelot injured her mentally and physically. Attorney Charles M. Thomas says Abbott and her husband were walking to a cemetery behind Beauvoir House when the camel stampeded her and bit her, leaving her with a fractured wrist and vertebrae.

According to the Sun Herald, Abbott claimed Beauvoir knew or should have known Sir Camelot “behaved dangerously” before.

“June was basically just walking across the grounds, and this camel charged at her, stampeded her and ended up biting her,” her attorney Charles Thomas said. “It’s kind of ridiculous to think there are aggressive animals walking around on the property where this sort of thing can happen.”

What may work in Abbott’s favor is that, at one point, it was decided the camel and other creatures were aggressive and were taken elsewhere. That was also in 2015. But by 2016, when visitors lessened, Sir Camelot et al. came back.

The woman is seeking damages and compensation for her medical expenses and the mental toll the alleged camel attack took on her.

Weirdly enough, the Sun Herald report ends with a gem you just can’t make up: “To hear Beauvoir employees tell it, the most dangerous thing about Sir Camelot is his propensity for caffeine. The camel loves Dr. Pepper and coffee and, yes, he is not above swiping a drink.“