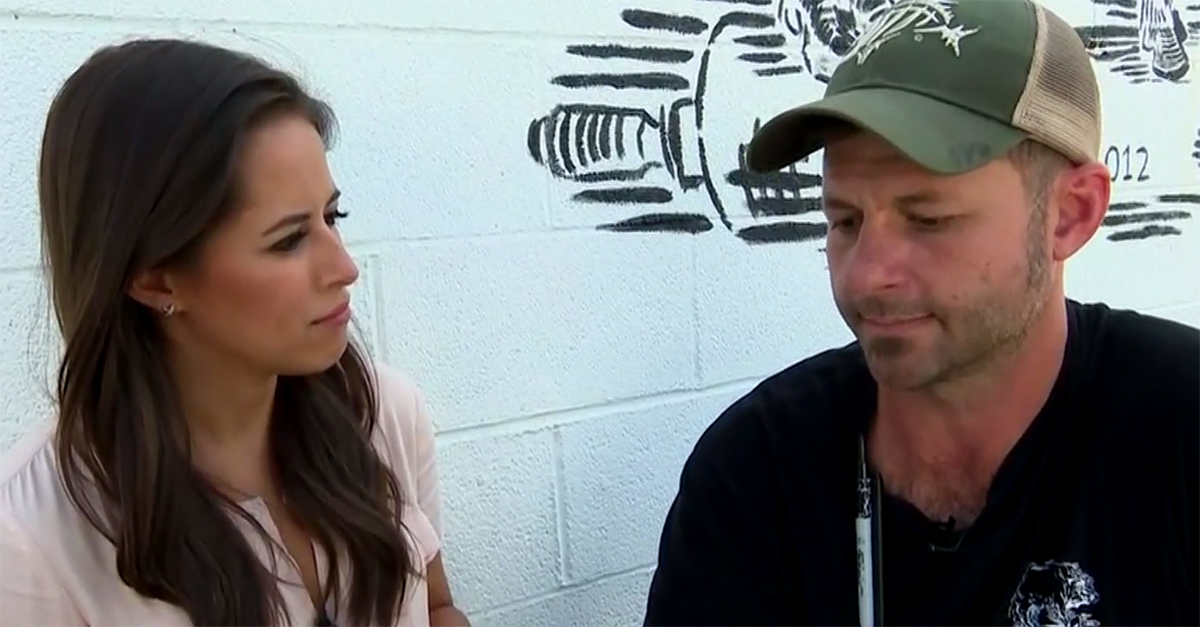 A Charlottesville, Va., restaurant owner said he booted a group of people who gave the Nazi salute on his property Sunday, one day after the white supremacist rally turned deadly in the city. He said they promised trouble for him in the future.

On Saturday, Brian Ashworth had closed his restaurant, Ace Biscuit & Barbecue, situated less than a mile from where the rallies began, because he didn’t want to deal the crowds and uneasiness of the day’s events. He reopened on Sunday, and while in his office, an employee informed him that customers wearing “alt-right” type clothing were eating in the dining room.

Though vehemently against their beliefs, Ashworth held his tongue and allowed the group to eat. They finished up, paid and walked outside, where the group of one woman and four or five men began to loiter and smoke outside the restaurant.

And then came the tipping point: one of the men threw up a Nazi salute, and the others reciprocated, Ashworth said. That’s when he lost all patience.

“That was it. Oh my God, are you kidding me? ‘Get out of here. You’ve got to go,'” Ashworth said he told them, using salty language. “I could’ve trimmed off some of the F-bombs … but I was pretty heated.

“It was all I could do to just not explode on somebody,” he admitted.

He witnessed them give a Nazi salute to one another, then immediately told them he doesn't accept that here and that they must leave.

The group countered that they had rights, and Ashworth told them, sure, but his employees had the right to deny them service.

The woman in the group, he said, called him “limp-wristed” and a gay slur. And then came the threat, he said: “This isn’t over. We’ll be back.”

RELATED: A live TV interview in Charlottesville went off the rails when a white supremacist ranted profanely on the air

Ashworth said he got a round of applause from the other customers in his restaurant, but he admitted to being wary of the threat.

“A round of applause is good, but it doesn’t keep anybody safe,” he said.

He called the police to request a presence outside the restaurant, but he was told the Charlottesville police were stretched too thin at the moment. Ashworth said he understood.

Ashworth decided to close up for the day. He said he’s angry that people are exploiting Charlottesville for their own aims that run counter to traditional American values.

“This isn’t Charlottesville. These people are not representing us,” Ashworth said. “The bad history is behind us, and we’re trying to keep it there.”

He said he’s afraid more white supremacists will show up in the city, because today’s political climate has provided a platform for these groups.