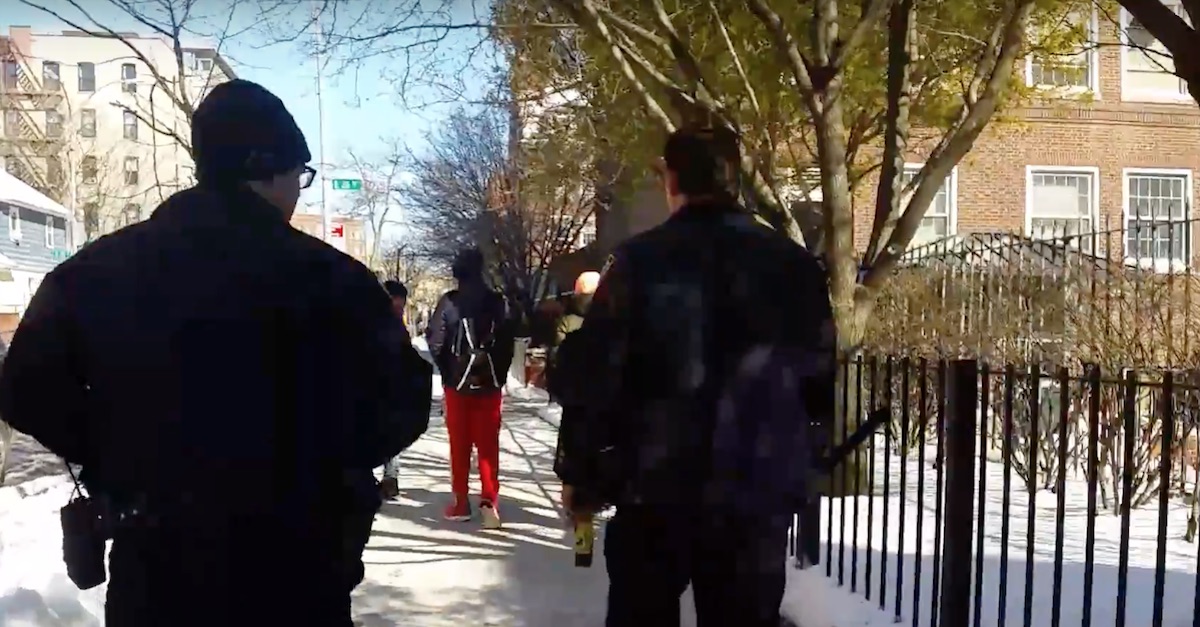 Video has emerged showing an NYPD cop whipping out a taser in broad daylight and asking Midwood High School students who had collected on a snowy street corner if they wanted to “ride the lightning.”

RELATED: Police thought they had cornered this runaway cow, but she had other ideas

He was not asking if they wanted to listen to Metallica.

The footage, which was recorded on March 16, was uploaded to the internet Saturday, and the man who filmed it said the “whole interaction seemed like an abuse of authority.”

CUNY Prof. Alex Vitale said that the taser threat appeared unwarranted. He spoke with the Gothamist about what he saw.

“I see officers aggressively dispersing students from Midwood all the time,” he said. “Sometimes, admittedly there are fights after school and school safety officers, who are unarmed, will get the kids to move on.”

“A cop saying things like that isn’t de-escalation, it’s escalation. It’s the exact opposite of what we’ve been told they were going to be doing since Eric Garner,” he added. “A kid throws a snowball and the cop is going to start Tasing high school kids?”

Vitale said he started recording when he saw the officer take out his baton and approach the students.

A female student said, “Don’t touch me,” and the officer replied, “What are you going to do about it?”

“Pick that shit up again,” the officer says, referring to the snow. “You wanna ride the lightning?”

With a taser drawn at his hip, he says “You better walk away.”

RELATED: This cop forgot that his body camera was rolling and got caught with his pants down

As the Gothamist noted, NYPD guidelines are clear about taser use:

CEWs should only be used against persons who are actively resisting, exhibiting active aggression or to prevent individuals from physically injuring themselves or other person(s) actually present.

It is strictly prohibited to use the CEW on persons as a form of coercion or punishment and on persons who passively resist (e.g., going limp, offering no active physical resistance).

According to the New York Daily News, a NYPD spokesperson said, “We are aware of the video and the matter is under internal review.”