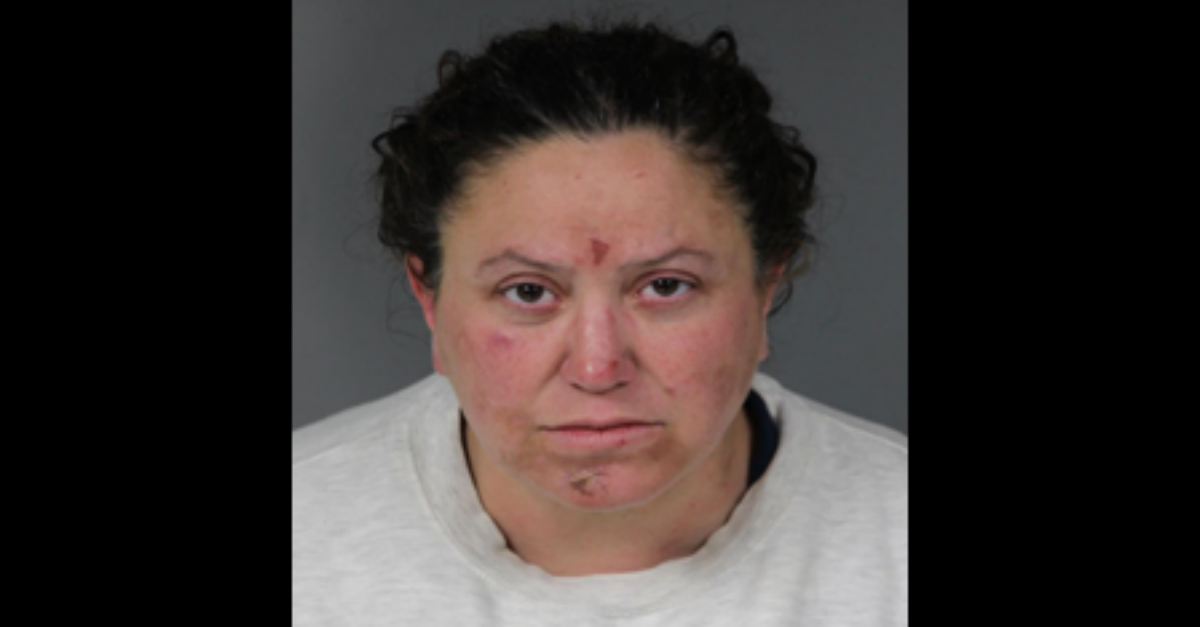 Police arrested 45-year-old Kimberly Felder after they received a call that the mother was biting, choking and hitting her child on the beach in an alleged attempt to perform an exorcism on her.

Felder had reportedly stripped her 11-year-old naked and was shoving sand into her mouth and eyes. According to KRCR, when deputies arrived, they found a crowd of 10 to 12 people around the scene. One local man stepped in and tried to restrain Felder as she was hitting the child on the head with a piece of driftwood. They struggled on the ground and he managed to subdue her.

Authorities were able to separate the two and EMTs took the child to the hospital where they learned that she had suffered “severe damage” to her right ear. Felder was booked and charged with attempted homicide, assault with a deadly weapon, felony child abuse and aggravated mayhem.

RELATED: A pastor says that the woman accused of decapitating a grandma asked for an exorcism before the attack

Officials expressed their thanks to John Marciel, who has been identified as the man who stepped in. They said that if it weren’t for Marciel’s actions, it’s likely that Felder would have killed her daughter. They are recommending him for a Red Cross Life Saving Award.