A California family is devastated after learning the news that its loved one, 20-year-old pregnant mother Amber Baker, was shot and killed early Sunday by an “unknown male” at an apartment complex in Fresno where a party was taking place.

RELATED: Man who believed his granddaughter was being abused shot dead the alleged abuser — his own son

Right now, authorities are still looking for answers as to who shot the pregnant woman as she lay next to her son in bed and why.

According to ABC 30, Baker was shot in an apartment she shared with three other people at Griffith Gardens Apartment Complex and neighbors reported hearing quarreling in the moments before the fatal shooting.

20 yr old Amber Baker, shot & #killed in her sleep, according to her sister. Asking for public's help. Baker was 6 wks pregnant. pic.twitter.com/pxOXFPH66r

Several people were there at the time and are being questioned about what happened.

“She graduated high school, and she did everything she was supposed to do,” she said. “She has a beautiful baby that she loves so much, and he is going to grow up without a mom, and it’s devastating.”

“According to some neighbors, they heard arguing and, from what we’ve heard so far, someone went into her room, an unknown male shot her,” she added. “Somebody knows something and they’re not saying. And we just don’t understand why someone would take her life in the middle of the night while she was asleep or with my nephew, we don’t know. We don’t know.”

Baker gave birth to her first child four months ago and was six weeks pregnant with her second.

Another sister, Cassie Baker, told ABC 7 that the murder might have had to do with money.

As Fresno Police await the results of an autopsy, they are interviewing people who were there at the apartment.

“The detectives are currently at the autopsy for the victim, trying to determine who was involved. A lot of people were here when we got here, and we’ve been working on the case since we got it that morning,” the Fresno Police Department Lt. Joe Gomez said.

RELATED: An awful development in the case of the 19-year-old teen strangled to death by a friend

Vance Baker, Amber Baker’s father, says his main goal is to get his daughter justice.

“We’re not a rich family, but we’re rich with values and love and compassion. We believe that there’s more good in this world than bad. We just got viciously attacked by the bad. Our main goal is to give my beautiful daughter justice,” he said. 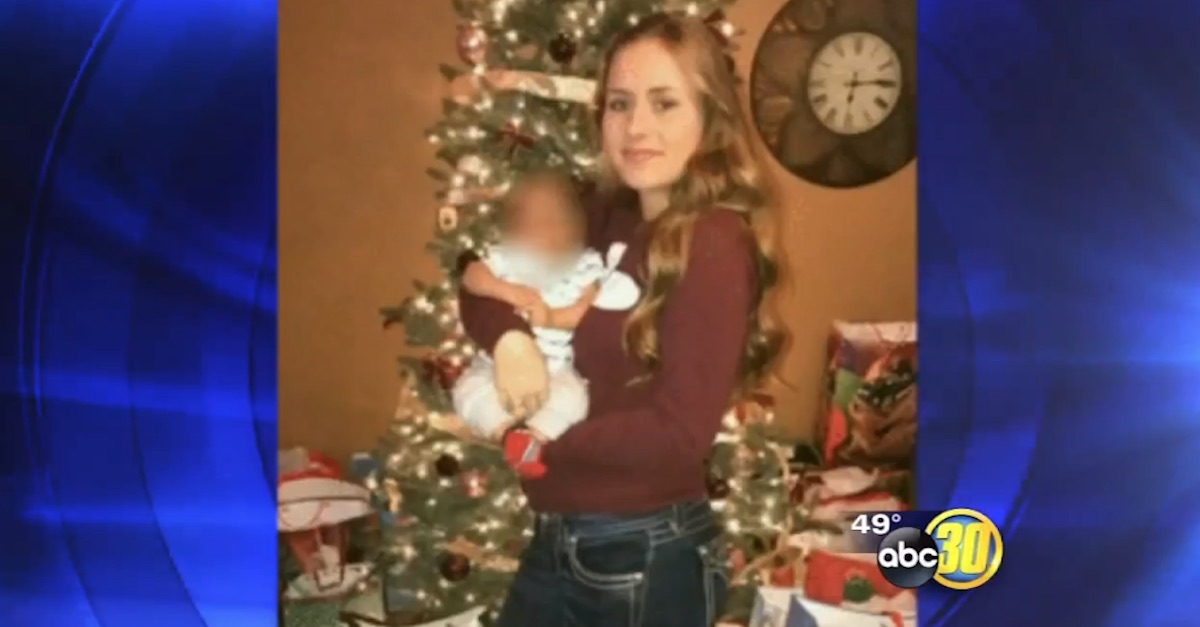