Jennifer Lopez’s ex-husband and noted singer Marc Anthony dropped the f-bomb on Twitter Monday night to criticize President Donald Trump for igniting a firestorm about NFL national anthem protests instead of  focusing on Puerto Rico in the wake of Hurricane Maria’s “apocalyptic” devastation.

“Mr. President shut the fuck up about NFL. Do something about our people in need in #PuertoRico. We are American citizens too,” Anthony tweeted. Puerto Rico is an unincorporated territory and commonwealth of the United States. Its citizens are U.S. citizens.

The president sent out tweets of his own on Monday night related to the natural disaster.

On Tuesday, the president said from that White House that Puerto Rico “was hit as hard as you can hit” and that “Puerto Rico is very important to [him].”

“The people are fantastic. I grew up in New York, so I know many Puerto Rican people,” he said.

Trump said that providing aid to Puerto Rico has been challenging in ways Hurricane Harvey and Hurricane Irma recovery efforts were not, since it is an island.

“We have shipped massive amounts of food, water and supplies to Puerto Rico, and we are continuing to do it on an hourly basis,” he said. “We are literally landing water, food, supplies on an hourly basis. And this is an airport that has been devastated.”

The president also announced that he would be visiting Puerto Rico next Tuesday to survey the island he said was “literally destroyed” by the hurricane. 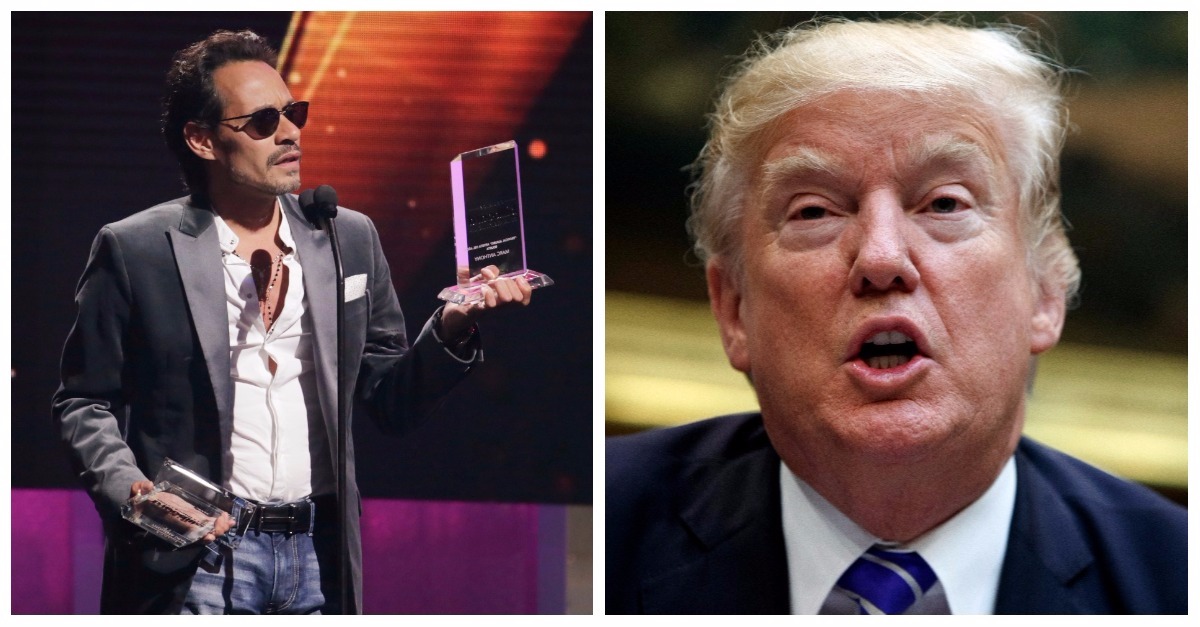