A Florida Democrat paid out $220,000 in harassment settlement, but here’s who really footed the bill 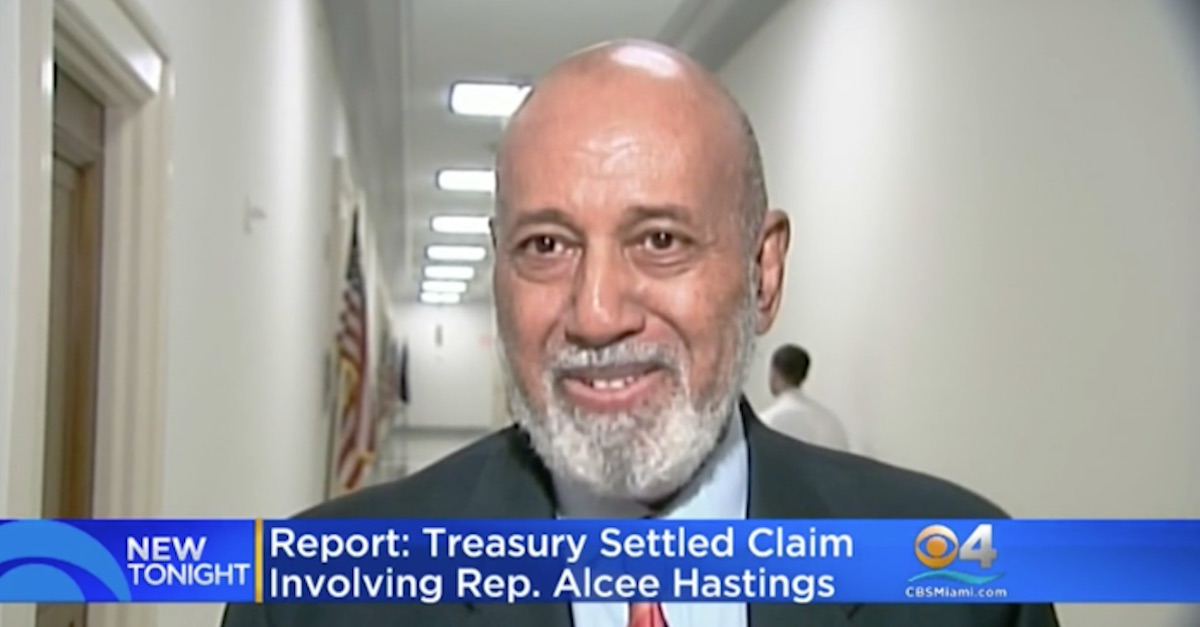 After recent instances in Congress where lawmakers like Sen. Al Franken (D-Minn.), and Reps. John Conyers (D-Mich.), and Trent Franks (R-Ariz.) suffered consequences amid sexual misconduct allegations, U.S. Rep. Alcee Hastings (D-Fla.) joins in the news cycle as it is reported that he paid a woman $220,000 in taxpayer dollars as part of a settlement.

Roll Call has reported that the U.S. Treasury Department paid out $220,000 to Winsome Packer to settle a sexual harassment suit she brought against Hastings.

Hastings has said in a statement that he is “outraged” about the taxpayer dollars being used, claiming he didn’t know about the settlement until after the fact.

?This matter was handled solely by the Senate Chief Counsel for Employment. At no time was I consulted, nor did I know until after the fact that such a settlement was made,” Hastings said in the statement, according to Politico. “I am outraged that any taxpayer dollars were needlessly paid to Ms. [Winsome] Packer.”

Hastings’s accuser Packer alleged that the congressman touched her, made unwanted advances of a sexual nature and threatened her job, according to Roll Call.

Packer also says that she has suffered professionally as a result and believes she’s been “blackballed.”

?As an immigrant who came here with all these ideals, it is like someone just removed all the foundations that I stood on in this country for all these years,? she said.

The lawsuit was dismissed by 2012, and in 2014, Hastings was cleared by The House Ethics Committee, even as Hastings ?did admit to certain conduct that was less than professional.?