A 26-year-old woman from Fort Myers, Fla., who was struck by lightning as she walked on June 29 while nine months pregnant and a week from her due date has lost her child.

RELATED: The last text sent by a Texas teen who was electrocuted while taking a bath is as heartbreaking as it gets

When Meghan Davidson was struck by lightning weeks back, she and her unborn child were both in immediate, grave danger. The woman was found unresponsive and not breathing, but she was brought back from the brink by emergency responders.

According to the Palm Beach Post, the lightning strike caused cardiac arrest. Davidson was rushed to the hospital, where her baby was delivered prematurely.

Sadly, we now know that Owen Davidson did not make it.

He died last Wednesday, July 13, a fact confirmed on Friday by the the Lee County Medical Examiner.

Speaking to the Post, Dr. Mary Ann Cooper, an expert in lightning-related injuries, called this a “special case.”

RELATED:  Two 14-year-old girls walking on the side of the road are now dead because she just couldn’t wait to send that text

Meghan Davidson was released from the hospital last week. Another expert speaking to the Post said it was unusual that the woman survived. In cases where pregnant women have been struck by lightning in the past, both mother and child have died.

John Jensenius, a lightning expert with the National Weather Service, said the incident is unusual in that it’s rare for a pregnant woman to be struck by lightning, and in past cases when they have been struck, both the mother and unborn baby have died.

In 2012, a Pennsylvania woman, who was nine months pregnant, was struck and killed by lightning while picking blackberries in the woods. Her unborn baby also died. An earlier case occurred in 1988, when a 22-year-old New York woman, who was eight months pregnant, was killed talking on the telephone when lightning struck the phone lines outside her house. Her baby also died.

It’s the fourth lightning death to occur in Florida this year. 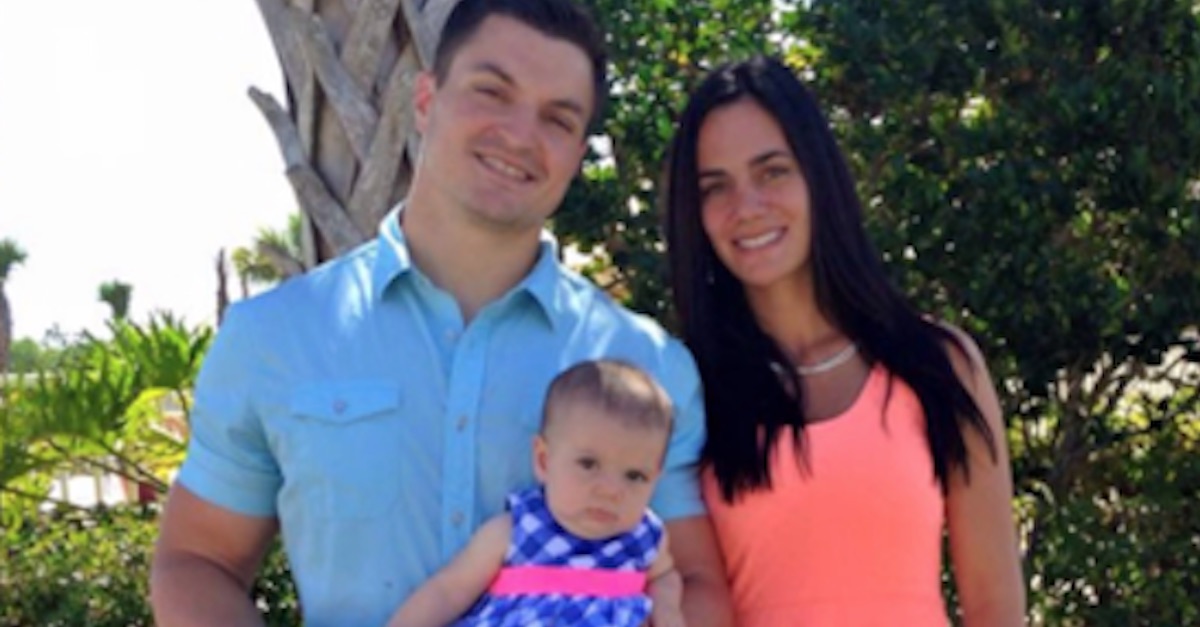