Menu
Follow us
Search
Menu
Search
FILE - In this July 16, 2008, file photo catfish are released into a pond at a Little Rock, Ark., park. A new law from Congress singles out catfish, including all U.S. sales of imports, as the only seafood to be regulated by the Agriculture Department, which has thus far inspected only beef, pork and poultry products. It leaves it up to the Agriculture secretary to define what species would fall under the definition of "catfish". (AP Photo/Danny Johnston, File)

Fish are flying in Tallahassee.

Bo and Terry Fountain were having a meeting with their tenants outside when something bizarre fell from the sky — a catfish, according to the Tallahassee Democrat.

“We heard a kapow,” Bo Fountain told reporters. “It sounded like a gunshot. Then a catfish landed on the ground.”

Terry believes birds, who were circling above, dropped it, because the fish’s side was cut open, the Tallahassee Democrat reported.

RELATED: When two teenagers started a fire at this restaurant, they got a surprising reaction from the owner

“If it had hit the table instead of the ground,” Terry told the Tallahassee Democrat, “I would have had a heart attack.”

The couple still made the most of the weird situation. They took the catfish and headed to their farm in Georgia.

While fish falling from they sky might seem rare, its not. Last year a woman in Philadelphia got hit in the face with a catfish that fell from the sky.

Read more at the Tallahassee Democrat. 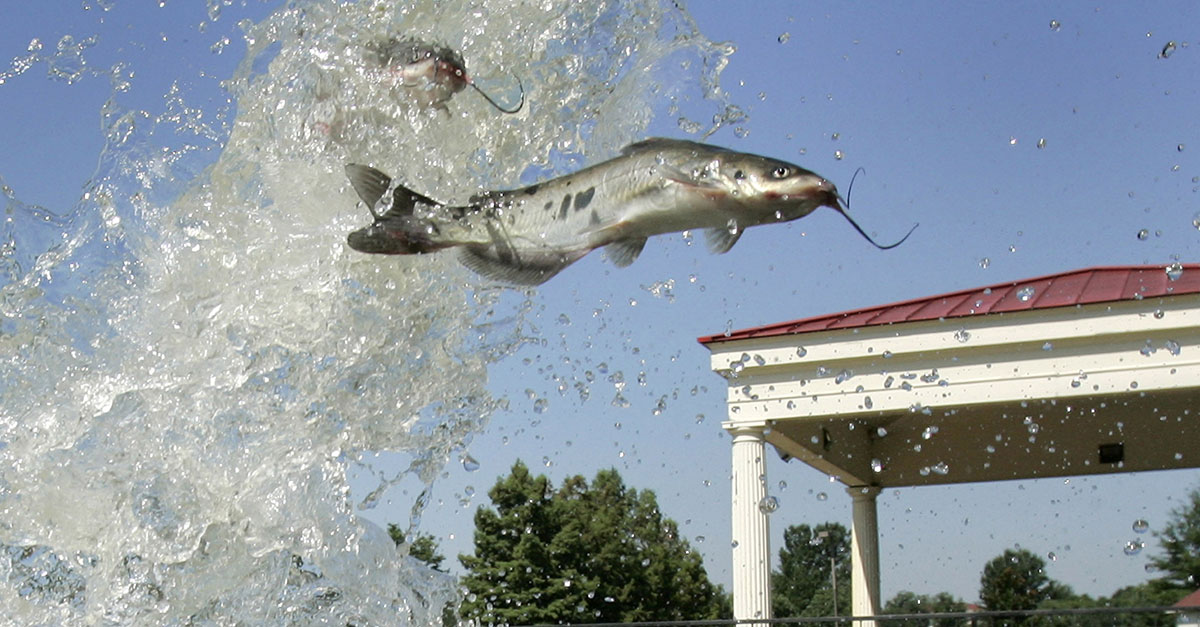