Swansea, Illinois residents first called the police on Monday when a helicopter bizarrely landed in an office park. Even stranger was that the helicopter carried a former CEO of one of America’s largest breweries.

A witness, Keith Padgett, told Fox2Now that he thought the helicopter might hit something as it descended.

RELATED: Newly released footage shows a helicopter crashing while taking a bride to her wedding

Police met August Adolphus Busch IV as he got off the helicopter, but found that everything was alright. Busch, the former CEO of Anheuser-Busch, told them he had business in the office park.

But around eight hours later, things had changed dramatically.

Another local called police, saying Busch was attempting to restart the helicopter but was visibly intoxicated. By the time Swansea police returned to the parking lot for the second time that day, they found the aircraft’s rotors spinning.

Police administered a field sobriety test. Though the former CEO blew a 0.000, Fox2Now reports that he was unable to follow directions from police or “keep a single train of thought” and “his speech appeared mumbled and slurred.”

Busch was legally carrying a number of weapons, all loaded. He informed officers of a Rohrbaugh R9 9mm in his front pocket that he said was “hot.” Police searched the helicopter and also located a Ruger LCR 22 LR revolver, a Ruger SP101 .357 Magnum and a Glock Austria .357.

Busch’s wife, Dawna Wood, told officers he was off medications for anxiety because of fertility treatments. Police also discovered a large quantity of prescription pills in the aircraft for various purposes, all in Busch’s or Wood’s name.

Police did not let him fly, but they did not press charges. Busch was released from police custody yesterday, according to a Facebook post from Swansea police.

A pilot retrieved the chopper from the office park’s grounds in footage broadcast by the Belleville News-Democrat. 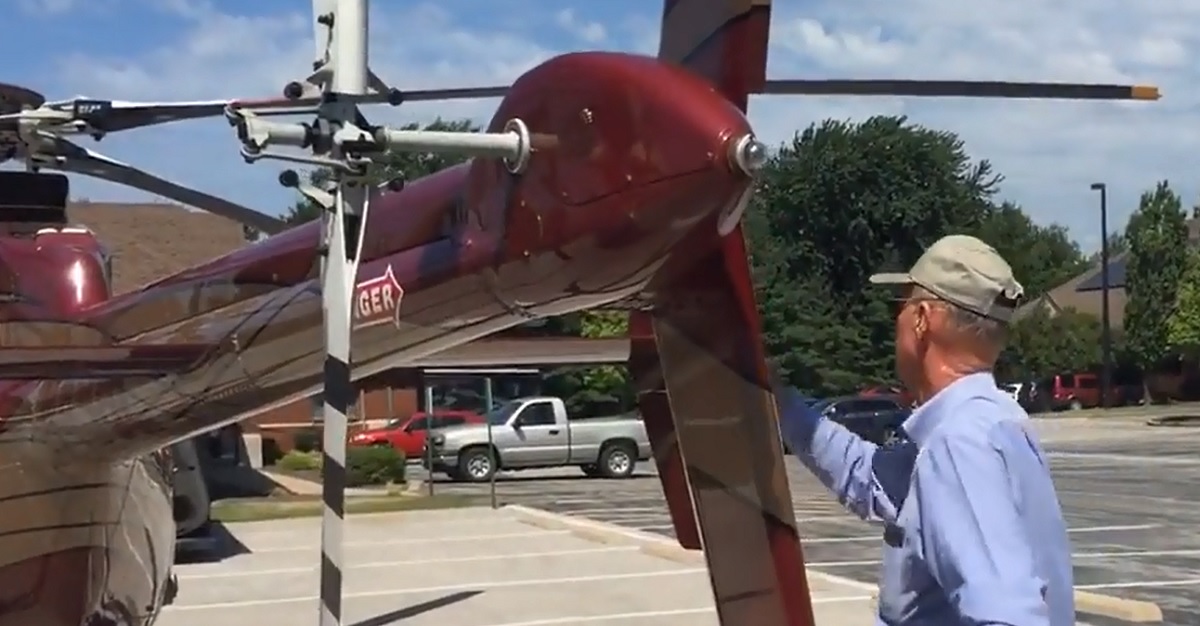