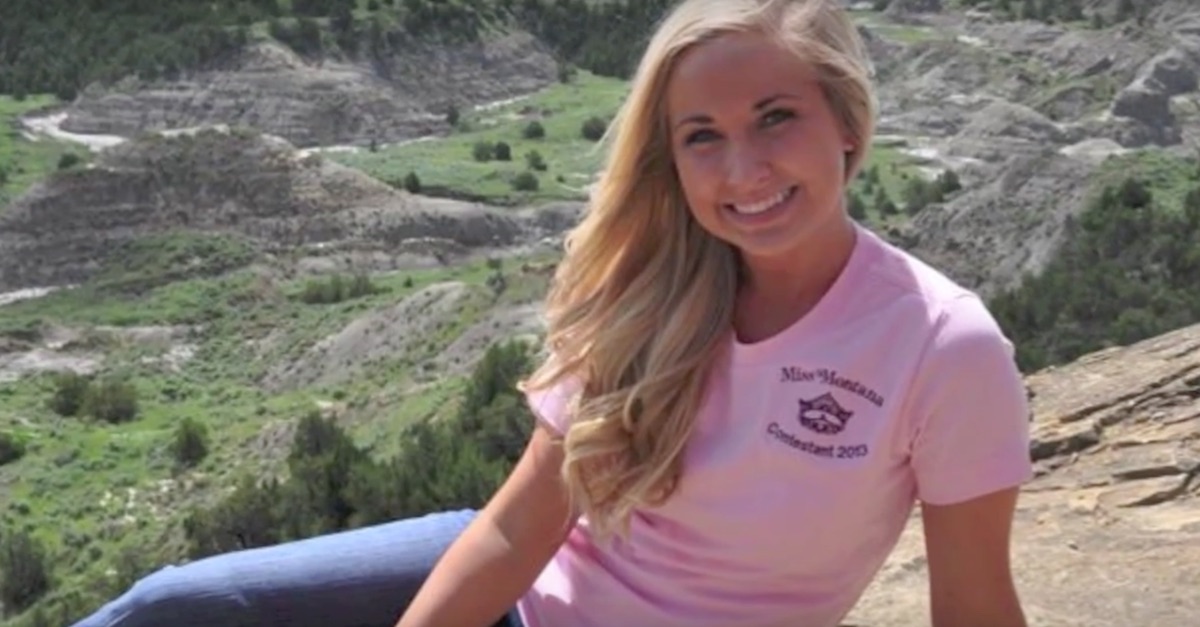 A former Miss Montana turned West Fargo, N.D. teacher whose winning platform was inclusive education for students with disabilities is under investigation for tweets she about her special needs students at Liberty Middle School and their parents.

Sheridan Tihista, formerly Sheridan Pope, is under fire after anonymous concerned parents printed out 20 pages of tweets from the teacher they deemed offensive.

RELATED: Pre-school teacher fired over antisemitic tweets, including one asking a friend to ?kill some Jews?

Here is a sampling of some of her internet activity:

In one tweet, Tihista referred to moms of autistic children as “monsters,” and in another she called autistic students “satan.”

According to WDAY, another tweet said the best part of teaching autistic children is that her lesson plans never have to change, because the kids “loooove routines!”

“I yelled at my student today and accidentally called him by my cat’s name…. not even ashamed bc that’s how annoying he was” and “I’m going to start a blog under a pseudonym called “Shit My Students Say” were also among the controversial tweets.

Although she declined to be interviewed, she did send a text to WDAY saying that her tweets “may have been distasteful.”

“My tweets may have been distasteful but don’t illustrate what kind of educator I am,” she said.

Interestingly, Tihista had been in the news before for being bullied out of a sorority.

Her conduct is currently under review and her future at the school uncertain.