A Georgia teen and her boyfriend horrifically murdered her grandparents and may have invited people over, police say 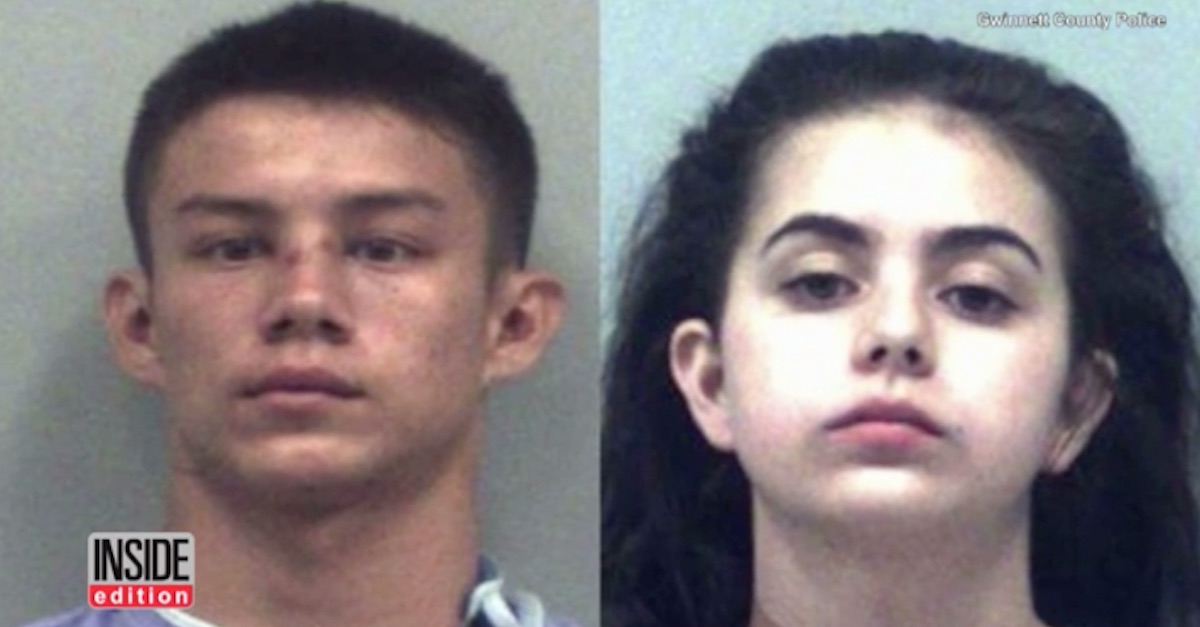 New details emerged Thursday in the brutal slaying of a Gwinnett County couple allegedly killed by their 17-year-old granddaughter and her 19-year-old boyfriend.

Wendy and Randall Bjorge, 63, were found dead about 11 p.m. Saturday in their home in the 1900 block of Furlong Run near Lawrenceville, Gwinnett police said.

“According to the medical examiner,” police Cpl. Deon Washington said, “the cause of death for both victims was an incision to the throat. Both victims also suffered blunt force trauma and sharp force injuries.”

Bjorge’s mother, Amanda Sterling, told Channel 2 she “needs everybody’s love and support and strength” as she processes the charges against her daughter in her parents’ deaths.

And that’s not all police revealed Thursday.

This is Wendy &Randall Bjorge. They were found stabbed to death in their Lawrenceville home. 17 yo granddaughter, boyfriend charged @wsbtv 5 pic.twitter.com/bDuqgIgeMb

Investigators now believe the couple had been dead about one week before authorities found them and other teens “unrelated to the actual homicides” may have “information that proves to be critical for the homicide investigation.”

“We have reason to believe that after the homicides, teens that have not been accounted for may have been inside the home,” Washington said.

Police are asking parents in the area to question their teens and to come forward if they were at the house or contacted the suspects between April 1 and 8.

According to information released Thursday, Gwinnett police were called to Wendy and Randall Bjorge’s home often — 31 times between October 2015 and March.

Gwinnett PD: granddaughter and boyfriend suspects in double murder of her grandparents. Both try to kill themselves w/ knife after standoff pic.twitter.com/huCielUYOR

“Out of that number,” Washington said, “we responded 18 times for runaway calls and at least eight times for check often as possible (calls) by request of neighbors. There were several other domestic dispute calls and illegal drug suspicion calls answered at the location.”

"You don't talk to anyone in here abt anything."Lawyer to Johnny Rider,19 yo facing new charges in girlfriend's grandparents' murder @wsbtv pic.twitter.com/kLNhm39EEq

Cassandra Bjorge was known as a frequent runaway, authorities said. She and Rider face multiple charges in connection with the deaths.

RELATED: Police: A grandma was beheaded by her son’s ex-girlfriend while visiting with her grandson

“This is a very unique and disturbing case on so many levels, and detectives are still exploring motive,” Washington said. “We may never find a scenario that makes sense to a reasonable person.”

6:09 p.m. April 6: Welfare check requested for 1911 Furlong Run by family member who had not heard from couple in about one week. Police responded, knocked on the door and found nothing suspicious.

8:19 p.m. April 6: COAP (check often as possible) requested at 1911 Furlong Run due to not having any contact with couple.

4:43 p.m. April 7: Welfare check requested for 1911 Furlong Run by family member who had not heard from couple. Police responded, knocked on the door and found nothing suspicious.

12:13 p.m. April 9: SWAT apprehends Johnny Rider and Cassandra Bjorge at the location and they are transported to the hospital with self-inflicted knife wounds to their wrists. They have since been treated, released and booked into the county jail.