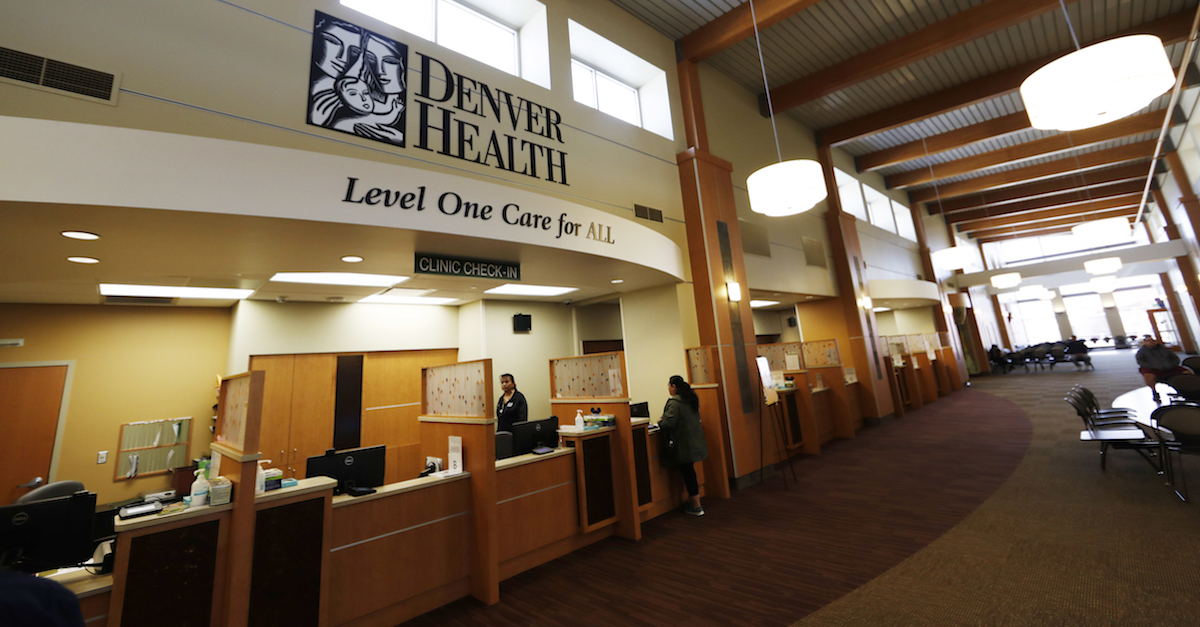 AP Photo/David Zalubowsk
Hold For Saturday, March 11--In this Thursday, March 9, 2017, photograph, a patient checks in at the desk in Denver Health Medical Center's primary care clinic located in a low-income neighborhood in southwest Denver. Under the new GOP health care proposal, which could rollback Medicaid expansion and take away subsidies to help pay for insurance, Denver Health could absorb a catastrophic revenue loss, a problem that the it will share with large public health systems across the country that serve low-income patients. (AP Photo/David Zalubowski)

A Denver, Colo., hospital is in the news because some of its nurses opened up a body bag to check out the size of a dead man’s genitals, this after already viewing him “while he was incapacitated,” according to The Denver Channel.

RELATED: What this naughty nurse did to an unconscious male patient has her out of a job — she really blew it

The Channel reported that five nurses at Denver Health Medical Center were suspended for three weeks due to incidents that occurred between March 31 and April 3, 2017 and were reported May 8. According to hospital spokesman Josh Rasmussen, the nurses opened a body bag, checked out the corpse’s member and then commented about it within earshot of a sixth nurse, who felt it was inappropriate and eventually reported it to hospital staff.

The Channel said it received information about what happened that was confirmed by the hospital:

A tip to Denver7 said the nurses disciplined admired the size of the deceased patient’s genitals and at one point opened a body bag to view parts of the body. A hospital spokesman confirmed details of the incident.

A different nurse heard one of the disciplined nurses make a comment in May that the nurse felt was inappropriate and reported it to hospital staff.

A police report confirmed the account: “Multiple staff members viewed the victim while he was incapacitated, including after he was deceased.”

RELATED: Utah hospital sends a clear message to police after a nurse was wrongly arrested at work

Four of the nurses have since returned to work at the hospital, and the fifth is “no longer is employed by the hospital, but wasn’t terminated,” according to the Channel.

Police said there wasn’t enough evidence that a crime had taken place to file charges. The incident will, however, go on the nurses’ permanent records at the hospital.