A journalist asked Kellyanne Conway how she felt about being “the darkness,” and even the audience had to laugh 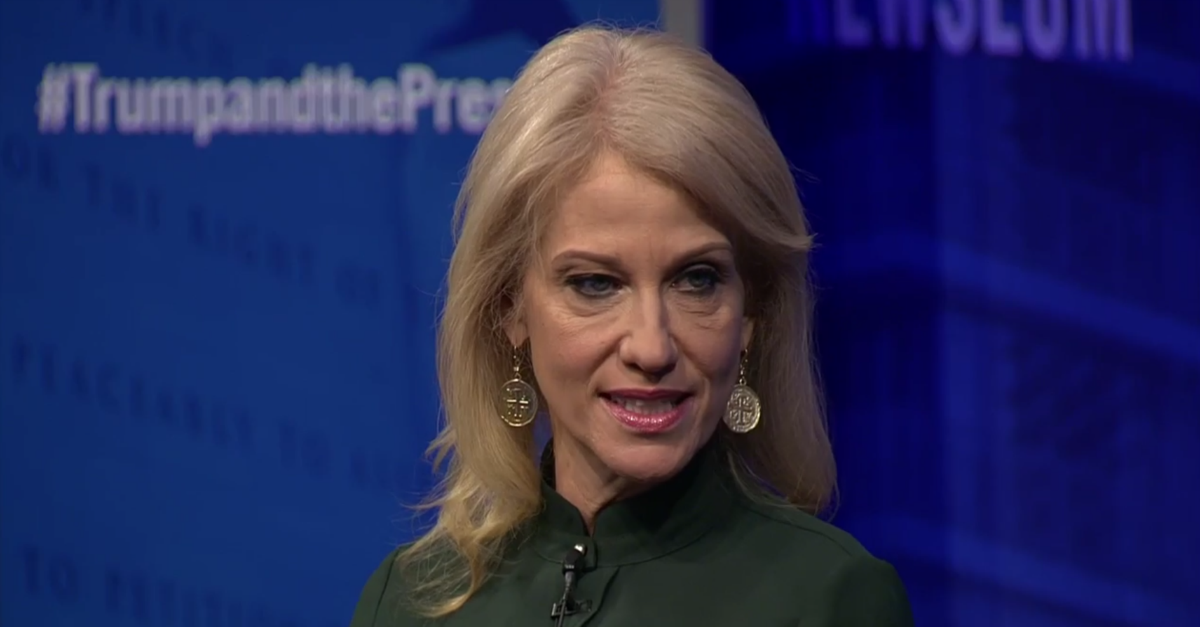 On Wednesday morning, the Newseum in Washington, D.C., hosted an event billed as “The President and the Press: The First Amendment in the First 100 Days.” The forum featured voices on both sides of the battle between the president and the media — Kellyanne Conway and Sean Spicer were in attendance representing the White House. There were a number of notable journalists, including CNN’s Jim Acosta, who was personally called “fake news” by President Trump during a January press conference, and Washington Post reporter David Fahrenthold, who received a Pulitzer Prize on Monday for his largely critical coverage of Trump’s philanthropy.

Michael Wolff tells Kellyanne Conway: "When they say democracy dies in darkness, you're the darkness." https://t.co/lScxpthUZt

There were a number of interesting moments in the Newseum event. Spicer continued to apologize for comments about the Holocaust at his Tuesday press conference, and at one point during the forum, Conway sat down with the Hollywood Reporter’s Michael Wolff. Just like every other time she’s in front of a reporter, Conway seemed to be playing defense.

Wolff questioned, “How personally do you take […] this coverage of you?” When she asked for clarification, Wolff mentioned the new Washington Post slogan “Democracy Dies in Darkness” and claimed, “When they say ‘Democracy Dies in Darkness,’ you’re ‘the darkness.'” At the journalist’s comment, the audience couldn’t help but laugh, while Conway shrugged and replied, “I’m not the darkness.”

RELATED: Kellyanne Conway opens up about her role in the Trump administration and which job she’s relieved not to have

Some laughs as @KellyannePolls says "You can turn on the TV…and people literally say things that just aren't true." pic.twitter.com/9CKVQV7fJM

At another point in the interview, the audience had another chuckle when Conway said, “You can turn on the TV […] and people literally say things that just aren’t true.”