Menu
Follow us
Search
Menu
Search
Riders are propelled by jets of water as they go over a hump while riding the world's tallest water slide called "Verruckt" at Schlitterbahn Waterpark, Wednesday, July 9, 2014, in Kansas City, Kan. The 168-foot-tall waterslide is scheduled to open to the public Thursday, after initially being slated to open May 23. (AP Photo/Charlie Riedel)

On Tuesday, more than three months after the accident, Schlitterbahn Water Park made an announcement about the Verrückt ride, where Schwab was decapitated. The slide has been closed since the incident.

RELATED: Police announce that the boy killed on a Kansas City water slide was decapitated

The park announced that it will permanently close Verrückt and tear it down after getting permission to do some from the court, and after an investigation into Schwab’s death is over.

“In our 50 years  of providing an environment for families and friends to gather, we’ve never experienced this kind of devastating event,” the park said in a statement.

BREAKING: @Schlitterbahn's Verruckt in Kansas City, KS will be torn down following the completed investigation of Caleb Schwab's death. pic.twitter.com/oDKNiWPlrz

RELATED: We now know the identity of the little boy who died on a water slide at a Kansas City water park

“In our opinion, it is the only proper course of action following this tragedy,” park officials said.

Another ride will be build in place of the 168-foot slide, according to ABC News.

Details on what exactly killed Schwab are still unknown. 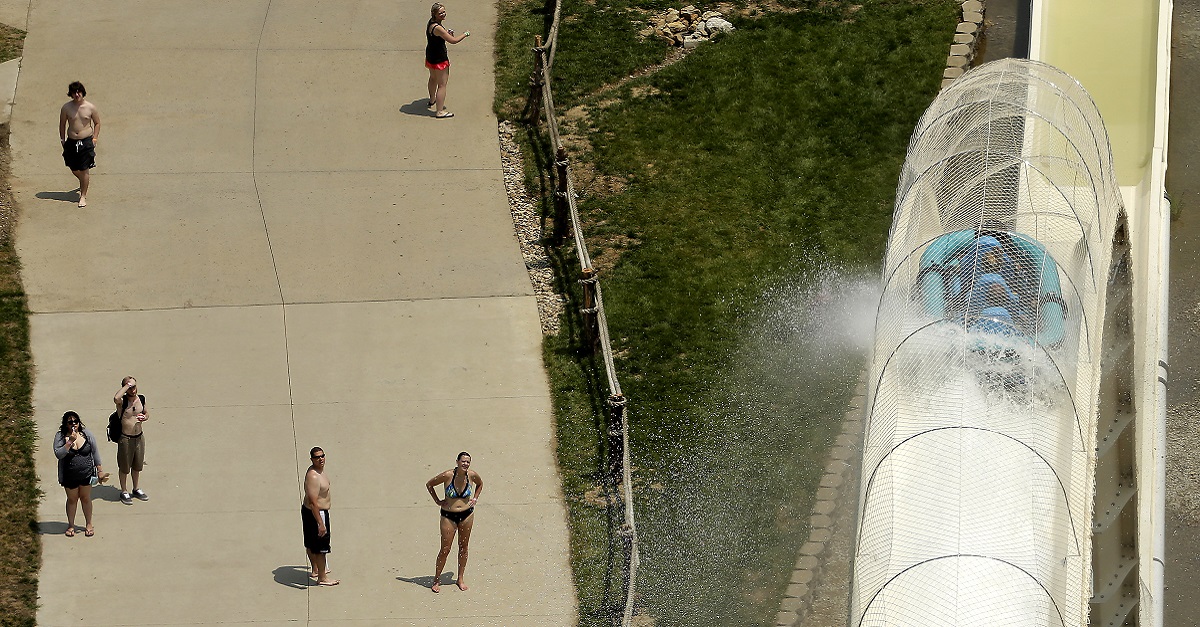