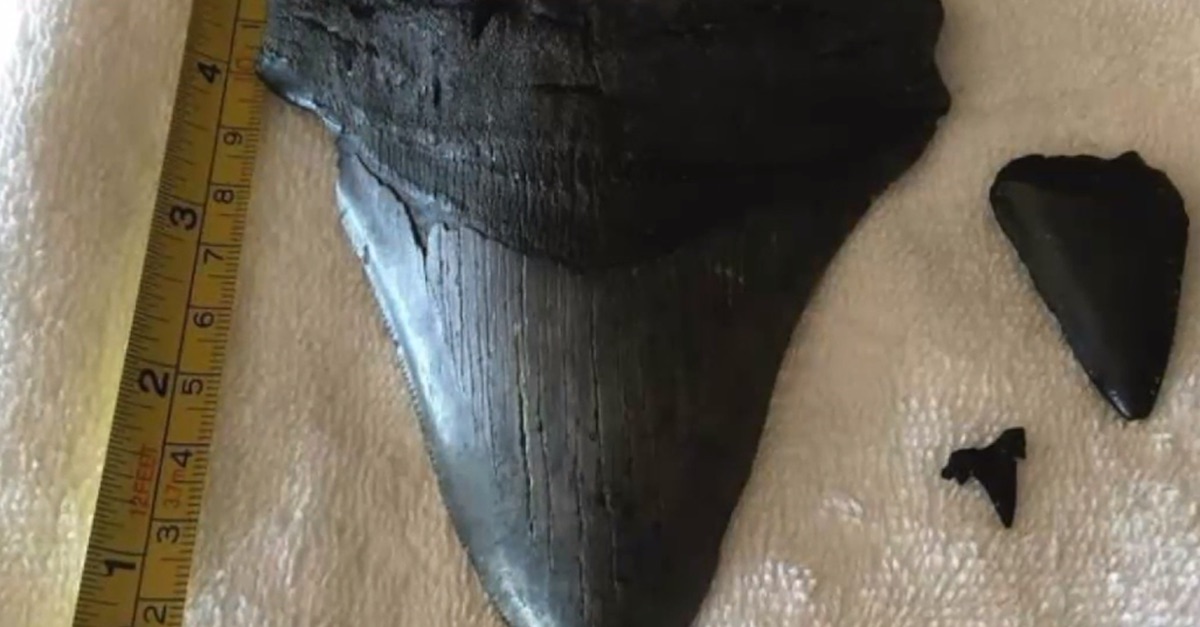 A 7-year-old boy who was vacationing in North Myrtle Beach with his family stumbled upon something prehistoric: a megalodon’s tooth.

The extinct megalodon (“giant tooth”) is the largest shark known to history, and here Foster Frazier was holding a tooth that was five inches long.

RELATED: These guys were hoping not to get bit by a great white shark, but they got pooped on instead

The Fraziers spoke to Myrtle Beach Online about the find and said they quickly realized their son had found a “treasure.”

You can see the picture here.

?His father, myself and his younger brother were downstream from him at the time and heard him yelling what he’d found and saw him holding it up. We were speechless,? Tina Frazier said. ?We didn’t pay much attention, because we were downstream a bit and it looked like [Foster] was just holding a large sand covered rock. However, as he reached down to wash it off, we realized he’d definitely found a treasure.”

?He was knocking sand off the sides of the stream when he said it was sticking out of the side of the bank. To say he was excited is an understatement, ” she added.

For reference on the difference between a megalodon tooth and a Great White tooth.

The tooth is said to be millions of years old.

RELATED: Nudist beachgoers ran for the hills when a shark chomped on a man in the water

For Foster Frazier, the tooth find seems to be a dream come true. The boy is a shark enthusiast.

?Foster has always loved sharks. Every book he reads is about sharks, every shirt he wears has a shark in it, and he has always told us he was going to find a megalodon tooth one day,? his mom said. ?We have always told him that he’d have to get older and scuba dive to find a tooth like that, however, he said God would help him know where to look, and he must have been right.?

Although a rare occurrence whenever it happens, another tooth washed up in Myrtle Beach in October 2016 because of Hurricane Matthew.