Broken badly: jaws dropped when a screaming man covered in burns ran into a gym to shower after his meth lab exploded 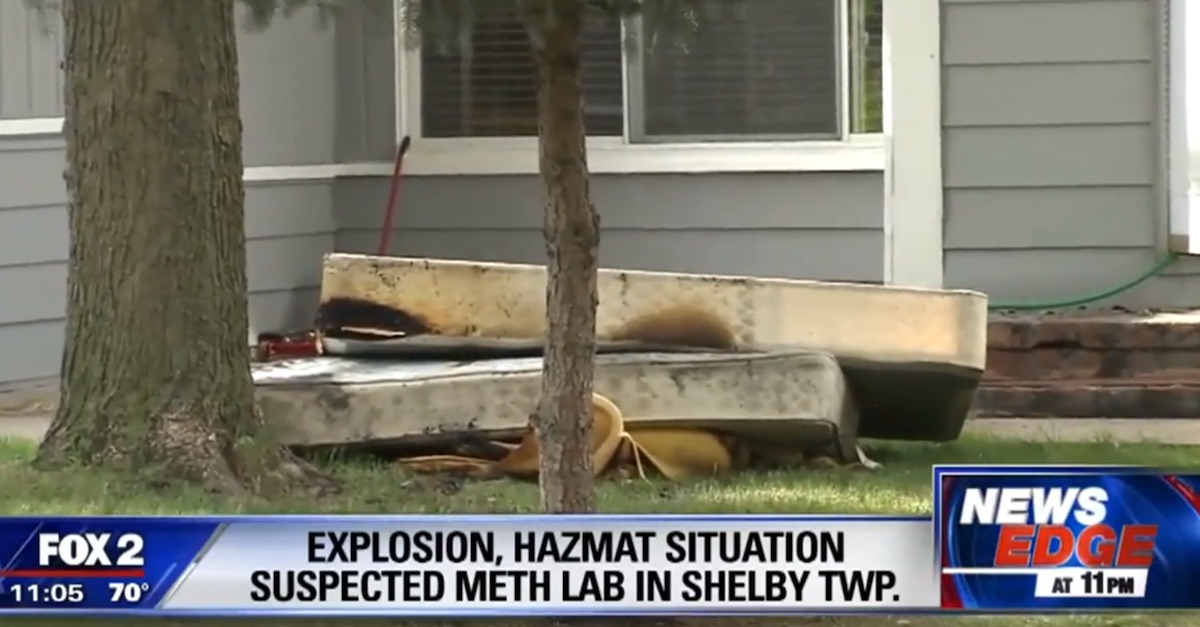 A Michigan man is currently getting treatment for a series of burns, but that might not be his biggest problem since he was burned during a fire in meth lab that happened to be in his house.

Police and firefighters were called to a Shelby Township home Friday afternoon where they discovered a house ablaze.

RELATED: Woman concealing a bag of meth in her buttocks tries out a new hiding spot: her mouth

According to Click on Detroit, the man was burned so badly that he got in a car and drove to a nearby Planet Fitness to take a shower. A witness recalled, “All I basically saw was a guy running in with no shirt, burns, socks and a pair of gym shorts.”

Police saw him leaving the house, and they arrested him at the Planet Fitness. He reportedly suffered burns all the way to his neck and was immediately taken to the hospital. Police had to evacuate the Planet Fitness where the suspect showered, noting that meth is toxic. The authorities have also blocked off the area around the house that burnt down. A neighbor who saw the man running out of the house recalled, “Something didn’t look right. Then we heard him screaming and everybody started running around. He was just in pain, you know, burns. I’d be screaming, too.”