Menu
Follow us
Search
Menu
Search
In this Feb. 20, 2011 photo, the outside of a Lowe's store is shown in Dallas. Lowe's Cos.' fourth-quarter net income rose 39 percent as homeowners took on more renovation projects as the economy slowly recovers (AP Photo/LM Otero)

A Lowe’s store in Plant City, Fla. was the scene of a jarring incident Friday evening.

A man who stole a knife and ran off was found dead behind an apartment complex shortly afterwards with a stab wound to his upper arm that was self-inflicted.

RELATED: After a bad break-up, a 27-year-old woman stabbed her own father to death and said she got the idea from a movie

What police don’t know for sure is if the man intentionally stabbed himself or if it was accident, but the suspect that it was intentional. The deceased has since been identified as 53-year-old Jerry Word.

According to Fox 13, Word attempted to leave the Lowe’s with the knife around 6:40 p.m. on Friday, When he was confronted by loss prevention employees, Word, police say, threatened them with it.

Then he took off.

What happened after that authorities did not see coming.

Minutes later, Word was found on the ground behind the Park Springs Apartment complex with a knife wound. Whether he tripped and harmed himself or he hurt himself intentionally is not clear, and it may never be known for certain.

Lakeland Patch reported the description of Word’s last moments in an email from police.

“While fleeing with the knife, it is believed the suspect impaled himself in an unknown manner […] before collapsing behind a building,” police said.

What a way to go.

RELATED: Grandparents woke up to the horror of finding their grandson stabbed to death by his own father

Word was taken to the hospital by emergency responders. There, he was pronounced dead. 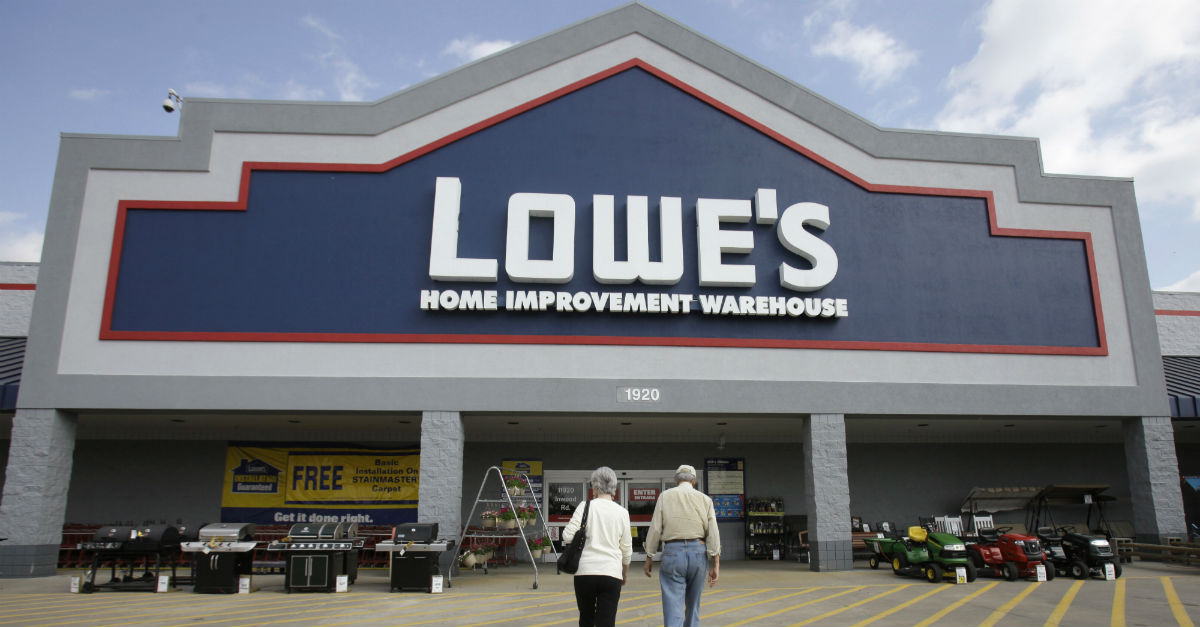