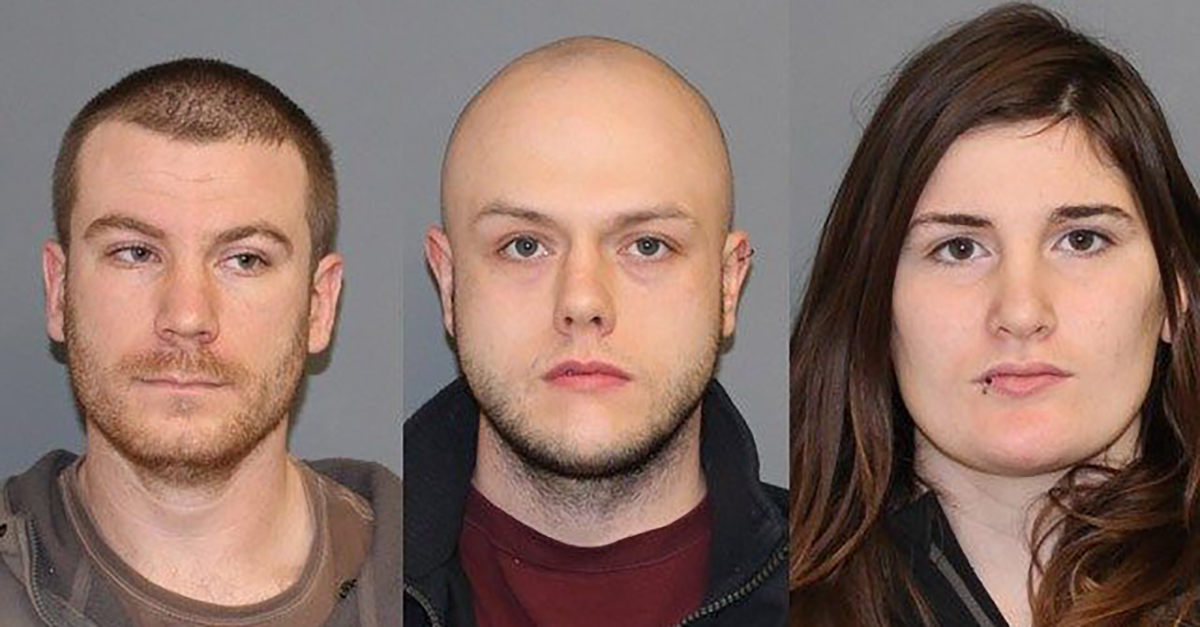 A man who attempted to intervene in a couple’s spat on a bridge was allegedly thrown off the bridge on Thanksgiving morning, falling 45 feet into the water below.

The incident happened on on Nov. 23 in Shelton, Conn. Gregory Rottjer, 23, was having a verbal argument with his 22-year-old girlfriend, Jennifer Hannum. According to the Shelton police report, the 30-year-old victim and his brother were also on the bridge.

The brothers reportedly saw the verbal altercation taking place and attempted to make sure Hannum was OK before starting to walk away.

Rottjer and his friend, Matthew Dorso, 27, who was also on the bridge, started a physical fight with the victim and his brother, according to the police report.

?During the fight, Rottjer intentionally threw the victim over the bridge,? the police statement read.

When police arrived on the scene, Rottjer, his girlfriend and Dorso had fled. Police discovered the victim submerged in the frigid water below the bridge. He had to be rescued by police, firefighters and EMS personnel, and he is recovering from his serious injuries.

RELATED: Two men took it outside after cursing at each other on the bus — one was knocked out cold

The victim told police that he told Rottjer to “chill out,” WFSB 3 reported. Police said they recovered cell phone video that shows Rottjer going after the victim, who is seen backing up with his hands in the air.

“He got involved telling him to leave her alone … stated the man became aggressive toward him and they began to fight,” said court documents.

Investigators said they got two cell phone videos of the incident, and also found Hannum’s cell phone, which they traced to Rottjer.

The cell phone videos matched surveillance camera recordings of the altercation, police said. When Rottjer was taken into custody, he allegedly told police, “I did it. I threw him over the bridge.” Rottjer reportedly told police that he was drunk at the time, and he felt the victim disrespected Hannum, which set off the fight.

Police also said that Hannum was not honest during the investigation into what unfolded on the bridge, claiming that she didn’t know anything about someone being thrown off it.

Rottjer, Dorso and Hannum allegedly met the next day, and Dorso said he’d keep quiet about the altercation, according to police.