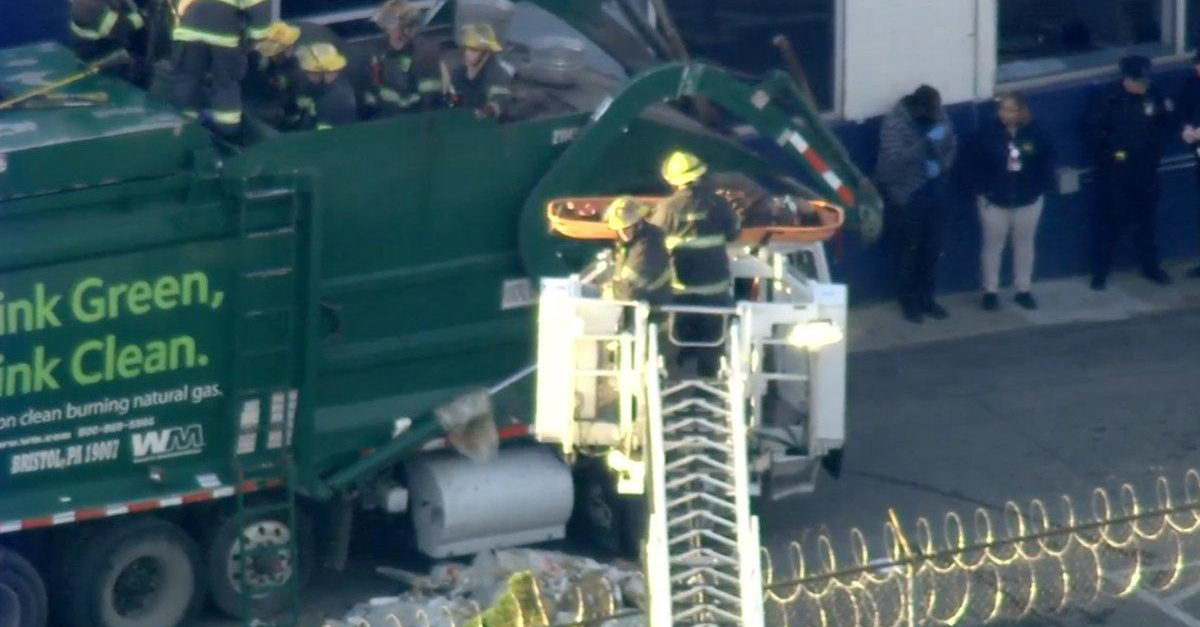 A man is in critical condition after being rescued from a dumpster by Philadelphia firefighters.

According to WPVI-TV, the unnamed 33-year-old man had fallen asleep in the dumpster and was awakened when it was being hauled away by waste management.

Authorities have not yet said how exactly they knew the man was in the dumpster, but it is reported that there was an search underway to find him outside the Kintock Group, a halfway house for offenders transitioning back into society. It was initially believed that he had escape the facility, but that proved to be untrue, reported the NY Daily News.

RELATED: This bear got hungry so, of course, it went for a dive in the dumpster

Firefighters dug through the dumpster truck for almost two hours before discovering the man. He was then lifted out on a stretcher around 7:40 a.m. and taken to Temple University with series injuries to his hip, leg and lower abdominal area.

In early July, a Wichita, Kansas man was nearly crushed to death after also falling asleep in a dumpster. A garbage truck operator stepping out of his truck heard screaming and immediately stopped the compacting cycle of the truck. Unfortunately, some damage had already been done; the man suffered chest injuries and broken bones. Similarly, firefighters came to the rescue and removed him with the help of a ladder, KAKE.com reported.