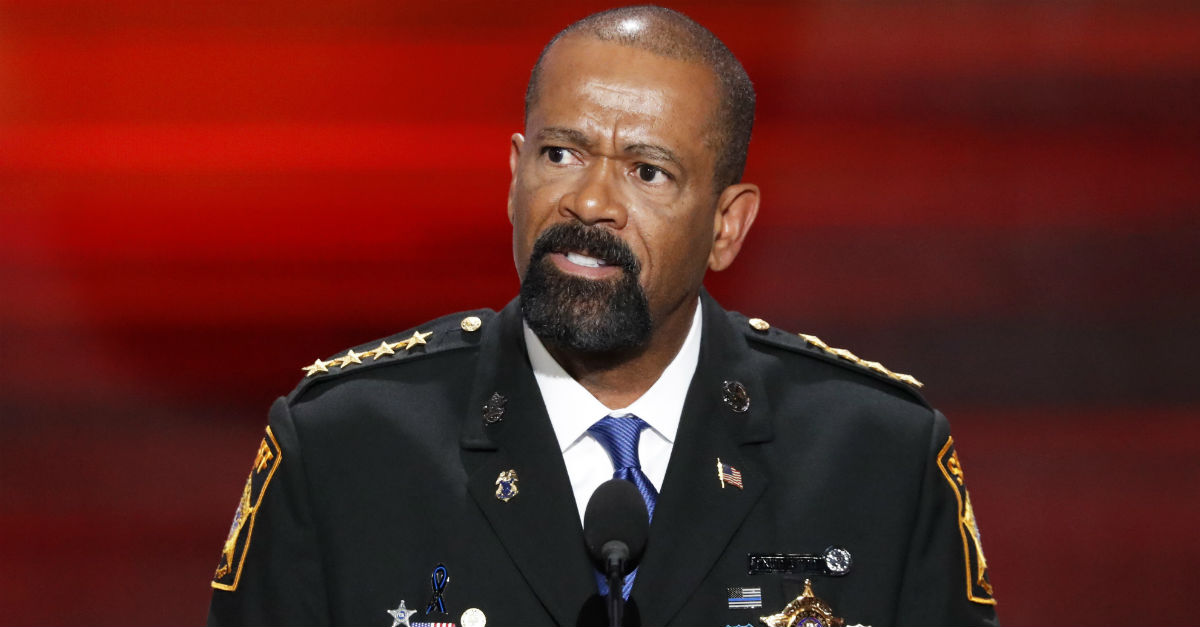 Milwaukee Sheriff David Clarke Jr. has been an outspoken supporter of Donald Trump and many conservative issues, but on Thursday, he came into the spotlight for a different reason. A Milwaukee man named Dan Black claims that Clarke detained him in an airport after the two were on board a plane together from Dallas to Milwaukee. According to the formal complaint that Black filed, which has since been released by the Milwaukee Sheriff’s Department, he asked Clarke if he was the sheriff and when the law enforcement officer said yes, he shook his head. Black then states, “From behind, he asked if I had a problem.” He again answered “no” and continued to his seat.

RELATED: Sheriff David Clarke called someone a racial slur on Twitter, and things went downhill from there

When the plane landed, Black was escorted away by two police officers and taken into questioning. He finished his complaint by stating, “my detention and this interrogation was entirely unwarranted […] the deputies who interviewed me agreed, the stop was “stupid” and “ridiculous.” In a statement on the Milwaukee County Sheriff’s Office, Facebook page, Clarke responded, “next time he or anyone else pulls this stunt on a plane they may get knocked out. The Sheriff said he does not have to wait for some goof to assault him. He reserves the reasonable right to pre-empt a possible assault.”

RELATED: Opinion: Sheriff David Clarke is a menace to the Constitution who should never become Homeland Security Chief