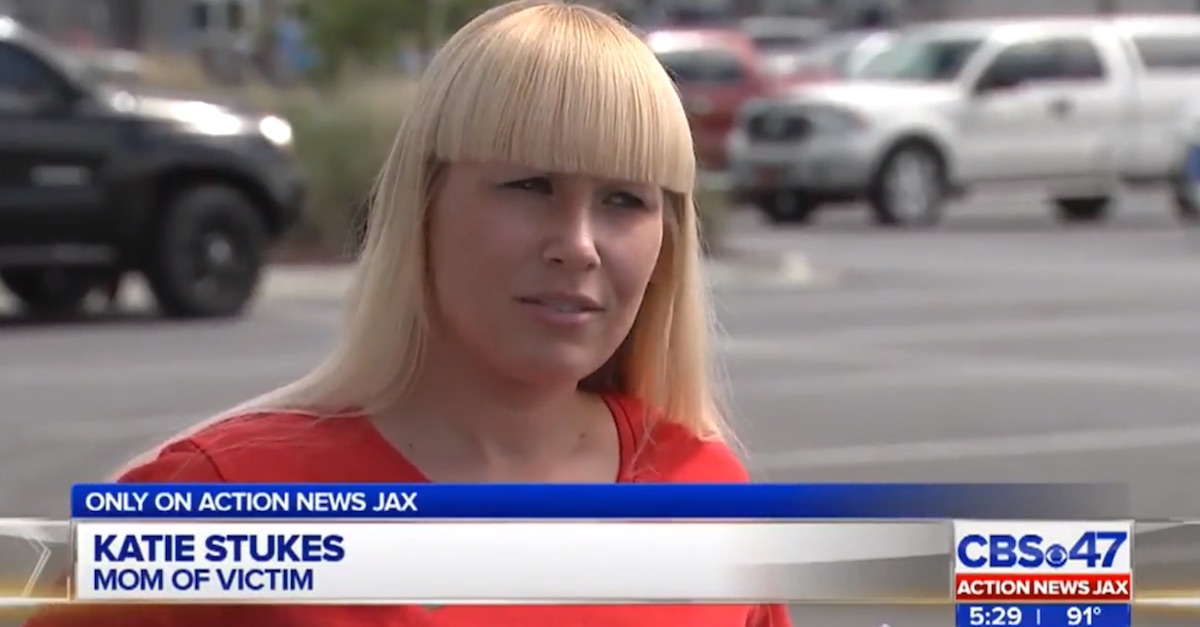 JACKSONVILLE, Fla. ? A Florida mother said her child was nearly kidnapped at a Walmart.

Katie Stukes said she was checking out at a Walmart in Jacksonville Monday when a woman came up and got much too close to her daughter.

RELATED: A college student dramatically escaped a kidnapping because she can drive stick and the bad guys couldn?t

?The next thing I know, I look over and she’s reaching into the cart to pick my daughter up,? Stukes said. ?And I pushed her back and told her ‘No ma’am, were leaving,? and I left, and she yelled out a question, and I kept going.?

Stukes rushed outside, put her daughter, Kennedi, in her truck and locked the doors.

But the encounter continued in the parking lot.

?She came up from behind me right here, like right here, close to me,? Stukes said. ?She yelled ‘Babe!’ like she was trying to play off why she was out there. My first thought was some big man is about to roll up in his car and take both of us.?

Stukes said the woman hung around her truck for a few minutes, then walked away.

Stukes snapped a photo of the suspect leaving. She said the woman appeared to be in her mid to late 30?s and had multiple piercings.

RELATED: A Good Samaritan who offered a stranger a ride says he was repaid with an attempted kidnapping

?I’m glad that I’m talking to [Action News Jax] with this kind of ending and not because I had to pull my gun or because she’s taken my child,? Stukes said. She said she would not have hesitated to use her weapon if the situation had escalated.