A mom learned the ugly truth about the object she sniffed all day — no, that is not soap 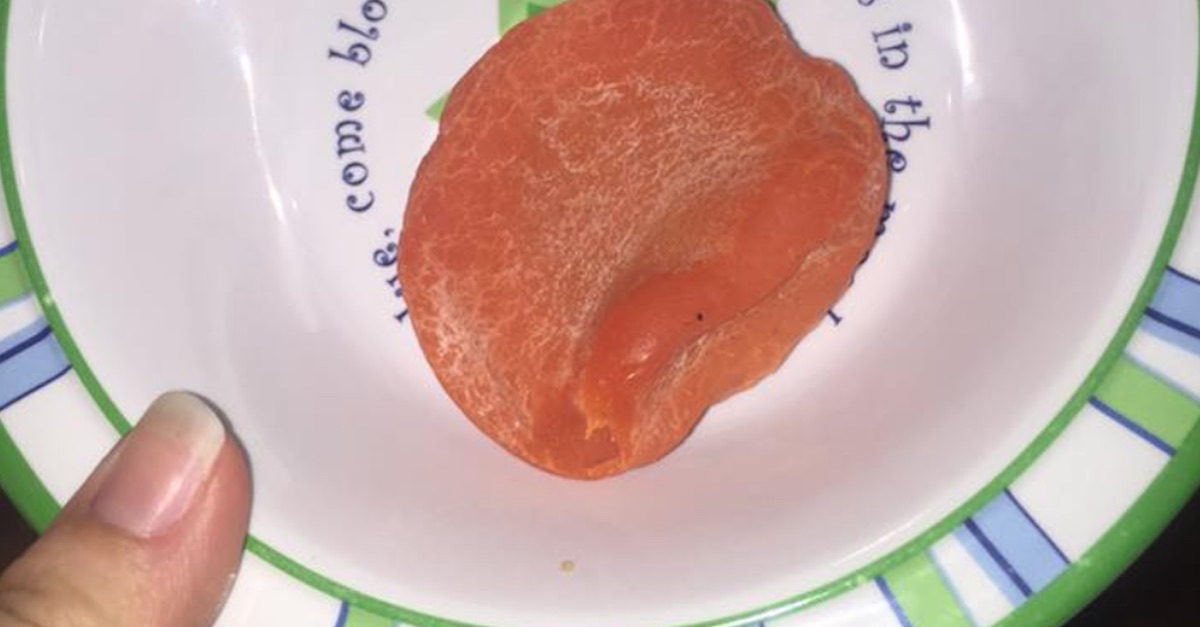 South Carolina mom Ashford Evans, 36, knew as soon as her daughter mentioned the boys bathroom at Tae Kwon Do that the mysterious citrusy thing that had showed up in her bathroom at home, the very same thing she’d been smelling all day, was not soap but an object that had been urinated on countless times.

Evans originally blogged about the incident on Biscuits and Crazy some months ago.

The Biscuits and Crazy post from May 2016 read as follows:

I came home after being out of town and found this in the bathroom. It smelled like lemony soap but I couldn’t quite figure out what it was.

All day I kept revisiting it and picking it up, smelling it, trying to figure it out.

Well, I finally asked Eeny where it came from.

“Meeny got it out of the boys bathroom at Tae Kwon Do.” She replied.

So yes I have been fondling a urinal cake from the gym all day long.

RELATED: You should never wear shoes inside the house, and this is why

Evans recalled the conversation she had with her daughter about the unidentified bathroom object.

“What IS that? Where did you guys get that?” she recalled asking.

“Meeny found it in the boys bathroom at Tae Kwon Do and brought it home,” the girl replied.

Evans said it was at this moment when things became clear.

And that’s when it hit me. It wasn’t some upscale boutique $15 soap I had been caressing for the last 12 hours. It was a urinal cake,” she wrote. “That’s right, catch your breath. An f-ing urinal cake. A URINAL CAKE!!!! A urinal cake from the public gym I take my 5 year old for Tae Kwon Do three times a week. A urinal cake that has been peed on by at least 1000 strange little boys that I just held against my cheek!!!!!

Evans has since spoken with Us Weekly, saying she’s seen her share of kids doing kid things, but that this really takes the cake.

“[One time they brought home] a turtle that had clearly been hit by a lawnmower and died a few weeks prior,” she said. “It was crawling with maggots.”

“[When my husband] answered the phone [and heard about the urinal cake] he was making gagging sounds,” she said. “I asked him what was wrong and he said, ‘I just saw your Facebook post. I had no idea what that thing was. I thought it was a piece of dried fruit. I almost tasted it. What if I had tasted it!?’”

She said that later that night she had an important talk with her kids about not bringing home things from public bathrooms.