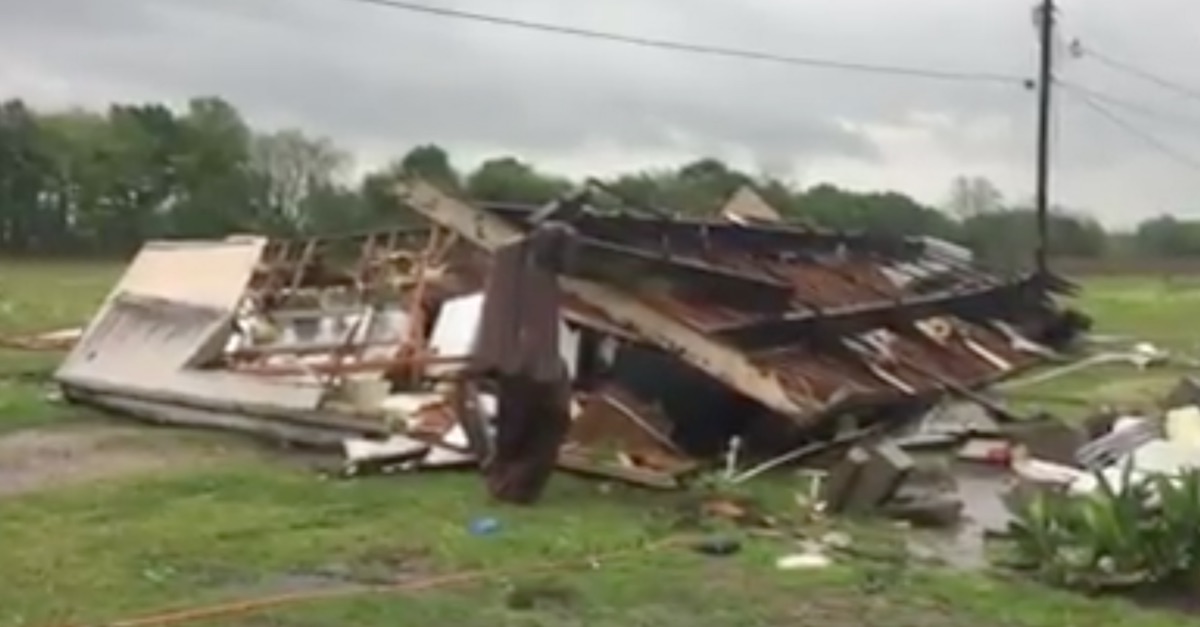 As warnings of severe thunderstorms, hail and possible tornadoes have been issued in Louisiana and Texas, a 36-year-old mother and her 3-year-old daughter were killed when strong winds flipped their trailer Sunday morning in Breaux Bridge, La.

As Texas braces for severe weather please heed the warnings of your local officials https://t.co/bQ97cFk9Zn

RELATED: A 36-year-old woman was killed at a gas station in a tragic and awful turn of events

Images and video of the scene are heartbreaking.

According to The Weather Channel, it is possible that a tornado touched down in the area and that more severe weather could be on the way.

The suspected twister is part of a round of dangerous severe thunderstorms expected to impact the South.

A potent jet stream disturbance will sweep through the South into Monday while intercepting moisture from the Gulf of Mexico, resulting in the formation of widespread severe storms, according to weather.com meteorologist Chris Dolce. Those storms could be accompanied by tornadoes, damaging straight-line winds and large hail.

RELATED: An Oregon teen cheerleader’s life was tragically cut short by a freak incident at the beach

Here’s what the St. Martin Parish Sheriff’s Office said about the tragedy on Facebook:

This morning at approximately 9:30 a.m. and following reports of an unconfirmed tornado, a trailer in the 1100 Block of Zin Zin Road in Breaux Bridge, flipped over sustaining significant damage.

The two occupants that were in the home at the time of the storm were killed. They have been identified as Francine Gotch, 38, and her daughter, Neville Alexander, 3.

The victims have been identified as Francine Gotch, 38, and 3-year-old Neville Alexander.