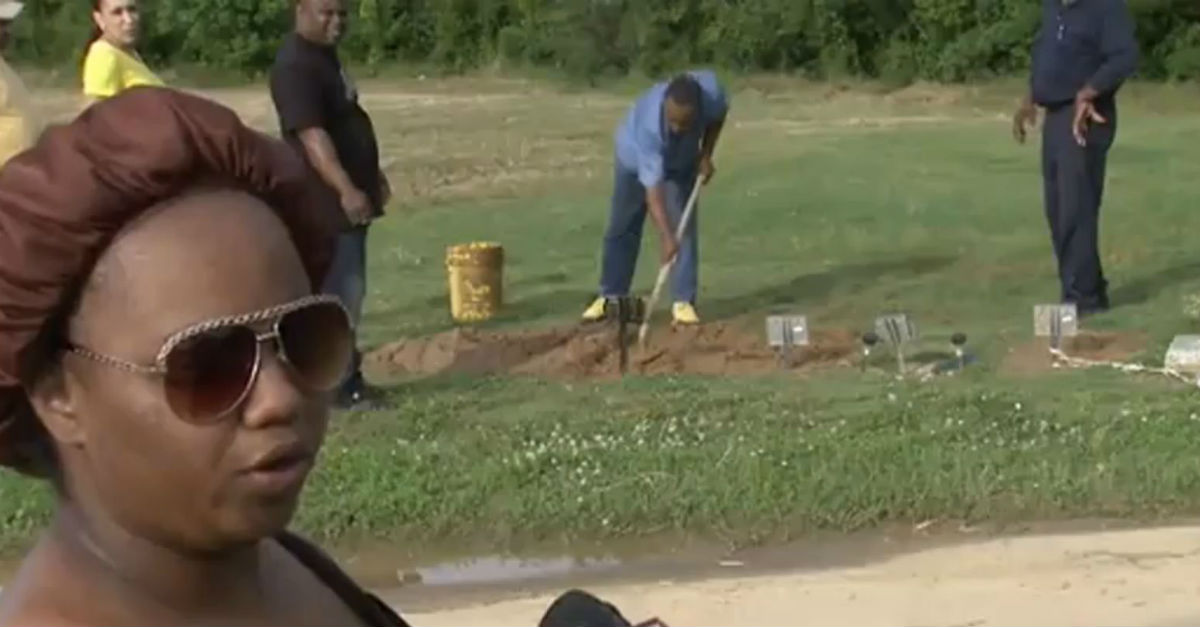 Only nine days after a mother buried her 6-month-old son, she visited his grave and was horrified to discover that the freshly buried casket was above ground, floating in a pool of water. The child was buried in New Park Cemetery in Whitehaven, Tenn., after falling ill and passing away on May 13th.

RELATED: Flooding in Louisiana is so bad, caskets are floating through the streets

The mother, Alysha Mackey, said that she “couldn’t believe” the sight when she first saw it and that she has no idea how it might have happened. The cemetery office was closed in observance of Memorial Day when the family tried to get help. The second time they buried the child, they used dry dirt from a nearby field; they also pumped water out of the grave site.

According to WREG, the horrible situation was first discovered by Troy Jones, the child’s grandfather, who says he goes to the cemetery every year to clean it up.

RELATED: A Texas mother withdrew her children from their school after finding her son where he didn’t belong

Inside Edition reported that the mother spoke to officials at the cemetery who explained that cemetery officials told her they only buried the casket two feet under ground since it was so small. She also said that one official, who said he’s been working at the cemetery for 32 years, claimed he “had never seen anything like it.”