A Myrtle Beach tourist streamed a terrifying shooting on Facebook Live from a balcony — “Multiple people down!” 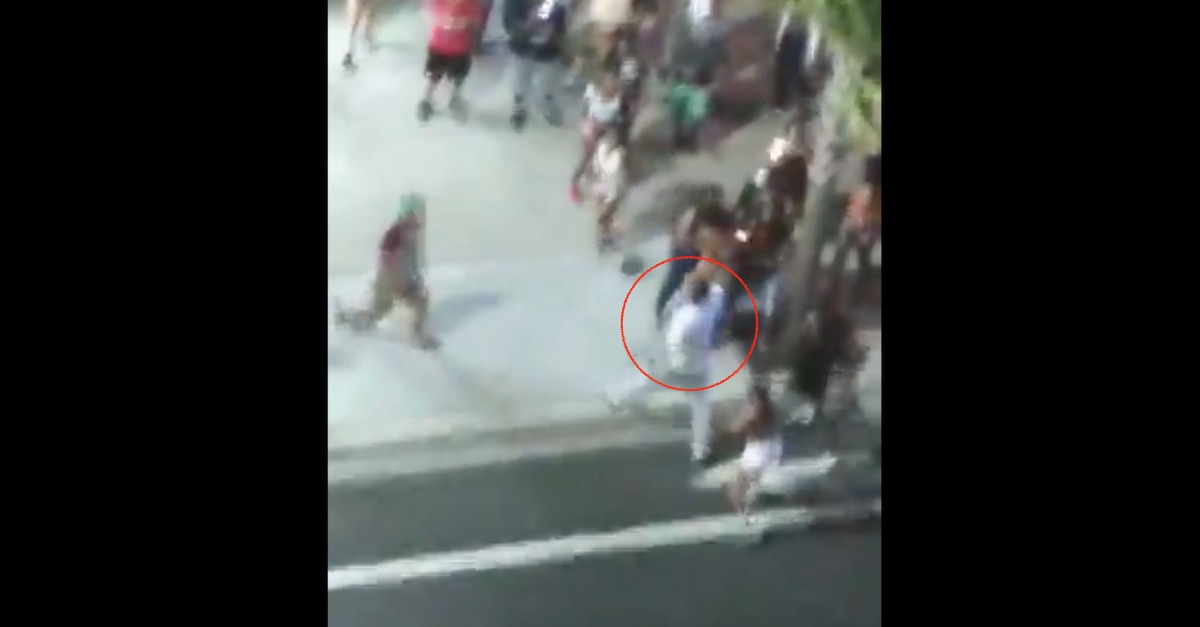 When volunteer firefighter Bubba Hinson decided to visit the popular tourist destination Myrtle Beach, S.C., we’re guessing the last thing he expected was to be live cameraman of a mass shooting.

RELATED: One New York party girl forgot to take the crystal meth out of her Facebook Live and is now paying the price

You can hear Hinson yelling “Multiple people down!? instantly after a gunman opened fire and sent a crowd of people scattering early Sunday.

?If you?re watching this, stay away from Fourth Avenue North and Ocean Boulevard,? Hinson says while filming. ?There?s multiple people been shot!?

The video is hard to watch.

Fox 8 reported that the shooter pulled out his weapon, fired and then carjacked a vehicle. The gunman was eventually shot by an armed security officer.

His name has not yet been released.

Although seven people were taken to the hospital, one of whom was the gunman, the injuries are considered non-life threatening injuries.

Police say the gunman will be named once he is medically cleared to leave the hospital and warrants are served.

RELATED: A musician is dead after he set himself on fire on Facebook Live and charged into a bar at his ex

Hinson’s original 45-minute-long Facebook Live video is still up and available for viewing.