Bryce Scott was easily identified as soon as he ran from a crime scene where he allegedly broke into a home while naked, raped a single mother, an Iranian immigrant, in front of her children after 4 a.m. Thursday.

RELATED: This couple didn’t care that their two children were in the backseat when police found them passed out and half-naked

That’s because Scott had no clothes on, fitting the exact description of the man reported to have committed the crime described.

According to KPRC, the 42-year-old Scott allegedly broke into an apartment in his complex and had a weapon. He is accused of forcing the woman to undress in front of her 10- and 7-year-old kids and raping her.

The victim speaking in Arabic was able to get her kids to call 911.

By the time Houston police had arrived on the scene, Scott, still naked, was already on the move. He was spotted sprinting past a school. He had apparently heard police at the door and tried hiding under a truck.

“That was disturbing because I have daughters. I am glad they were asleep,” Brandon Hatcher would add. “I just pray for the family that wasn’t as fortunate.”

Others told ABC 7 that the victim and Scott knew each other and that their kids often played together outside.

They described Scott as “nice” and were blindsided by the news.

Scott now faces the charge of sexual assault and is being held without bond due to four prior felony convictions.

His victim was taken to the hospital for evaluation. 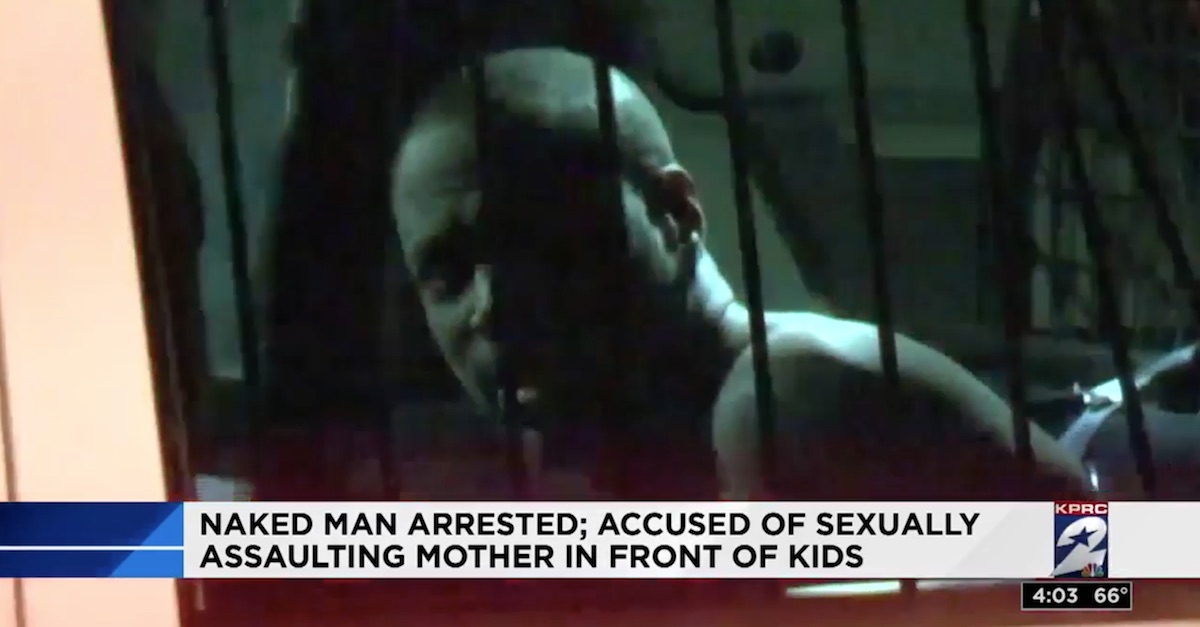