A naked woman stopped traffic to dance on a big rig, and here’s what everyone is blaming 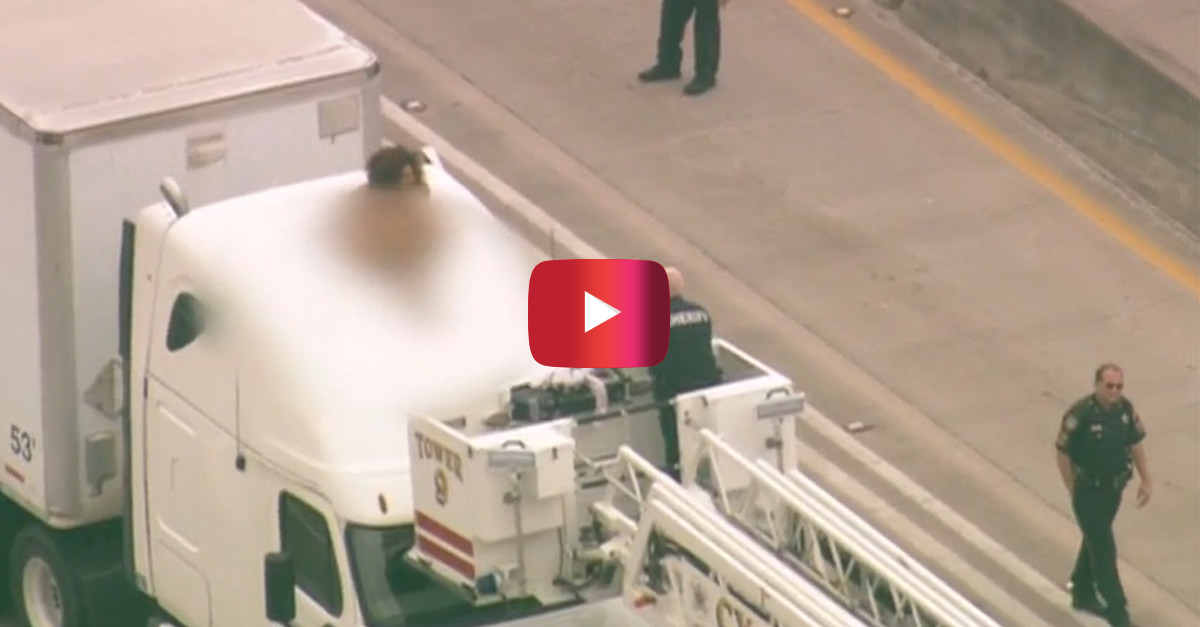 Highway 290 westbound in Harris County, Texas, shut down during a stand-off between a dancing naked woman and police and firefighters.

The woman reportedly started “twerking and gyrating” for passing cars at 9:00 a.m. Monday morning from atop a semi-truck.

@KPRC2 "get down maam" her: for what? pic.twitter.com/y7DQn3LVEB

During rush hour traffic, cars were at a stand still while police and firefighters, originally responding to a three vehicle crash, tried to persuade the woman to come down from her perch. Police and firefighters used  ladders and a truck basket to coax the woman to cooperate, but she refused to budge. Eventually, officers were forced to climb on top of the big rig and wrestle her into the handcuffs in order to take her into custody.

According to local news, the woman was in the original three car crash and responded by stepping out of her car and stripping. She eventually climbed on top of the 18 wheeler, while the driver remained inside until the rescue mission. It is unclear why she responded this way.

On social media, people and waiting drivers blamed her actions on it being Monday, but KHOU reports she was taken to a nearby hospital to be evaluated for mental health.