A man who heard cries for help in an Ada, Okla., home at the beginning of June and responded with deadly force to the attempted drowning of 3-month-old twins has officially been ruled justified in the shooting and will not face any charges.

RELATED: A neighbor heard cries for help and shot a man drowning twin babies dead — here’s what we know

An Oklahoma prosecutor says Cash Freeman was justified in fatally shooting Leland Foster, 27,  who was trying to drown his 3-month-old twin son and daughter.

Freeman shot Foster three times after seeing him holding the infants under water in a bathtub while threatening the children’s mother with a knife.

A 12-year-old niece of the twins’ mother was the one who called 911 when she saw Leland Foster armed with a knife and attempting to drown his infant twins.

Before police got to the scene, neighbor Freeman responded to cries for help by shooting Foster in the back, killing him.

After the shooting, Freeman said that he believed he did the right thing, and his neighbors agreed.

“I think he did the right thing, […] because who knows what would have happened to the babies if he hadn’t intervened?” neighbor Summer Pierce told NewsChannel 4. “They might not have made it.”

The step-grandfather of the twins agreed, calling Freeman a “guardian angel.”

“If he hadn’t done it, just plain and simple, we’d be planning four funerals,” Jeremy Burris said. “I don’t wish this on anybody. Nobody should have to go through this at all. I’m just glad that my granddaughter was able to get help, and our guardian angel was our neighbor.”

“Because, he protected two innocent babies that couldn’t protect themselves. How can he be guilty of anything? He’s a hero. He should not be in trouble,” she said.

The mother of the twins said the same.

Michell Sorrells spoke to KXII and said she believed Foster “snap[ped]” at the thought of not having “[her] or his children in his life for a while,” indicating that she had attempted to remove herself from an abusive situation. “I remember thinking, I’ve got to keep hitting him […] to keep him […] I’ve got to get back to the babies, because he turned them face down in the water again, and they’re going to drown.'”

“He saved me and my babies’ lives, and there will not be a day that will go by that I won’t thank him for that,” she said of Freeman.

Foster had a history of violence. In 2011, he was charged with domestic abuse by strangulation and arson in the first degree, to which he pleaded no contest. 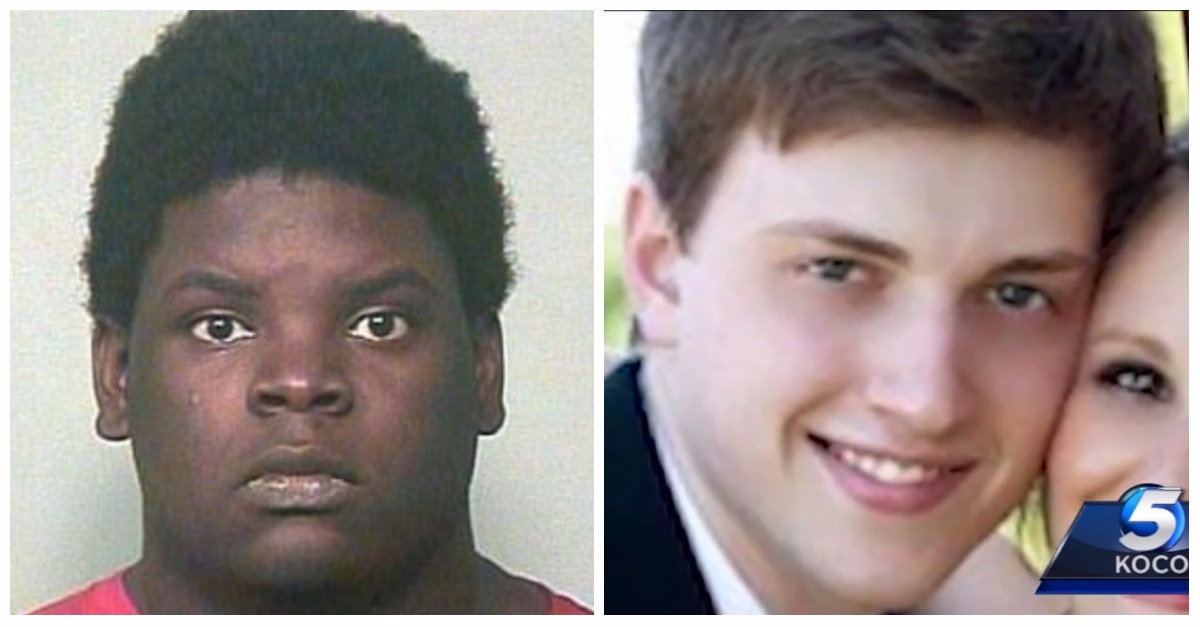