The Used Apple Store in Derry, N.H., made waves on Monday when it posted a Facebook status saying, “If you affiliate with the Republican Party you are not welcome into our store.”

Billy Williams, the owner, has since spoken to NH1 and compared himself to Oskar Schindler.

“If you’re in [business] for the right reasons, it doesn’t matter that someone isn’t gonna come to you with their money,” he said. “Individually we need to make our decisions on how we want to see the economic engine move forward. If you don’t like Republicans, don’t serve them, don’t buy their products.”

But the message posted on Facebook, as well as some replies from the store’s account, have left some people scratching their heads.

In one part of the message, the author claimed that they once correctly identified Republicans out of a set of 30 random people with 100 percent accuracy.

The reason being that they can spot “uptight, closed energy,” “negative aura” and “almost evil” without a problem.

Here was the full message that was posted on Facebook:

There comes a time when every man will needs to stand up for what’s right and blaze a better path. Today we do that, today we say no thank you to any Republican. If you affiliate with the Republican Party you are not welcome into our store. We will not offer you service. If you come in anyway, I suppose you could sneak in but we will probably know. In fact, we can point out a Republican just from the way you look in person or in a photo. Once I tried doing this and realized I could. We put to a test and told 30 random people that we were guessing Republican or not and all 30 I was correct. You have an uptight, closed energy, negative aura to you… almost evil, and to be honest, usually evil. You also lack a psychic gateway to technology.

The response was overwhelmingly negative, from both sides of the aisle.

People have already flocked to other posts from the store to say this business tactic would not end well. 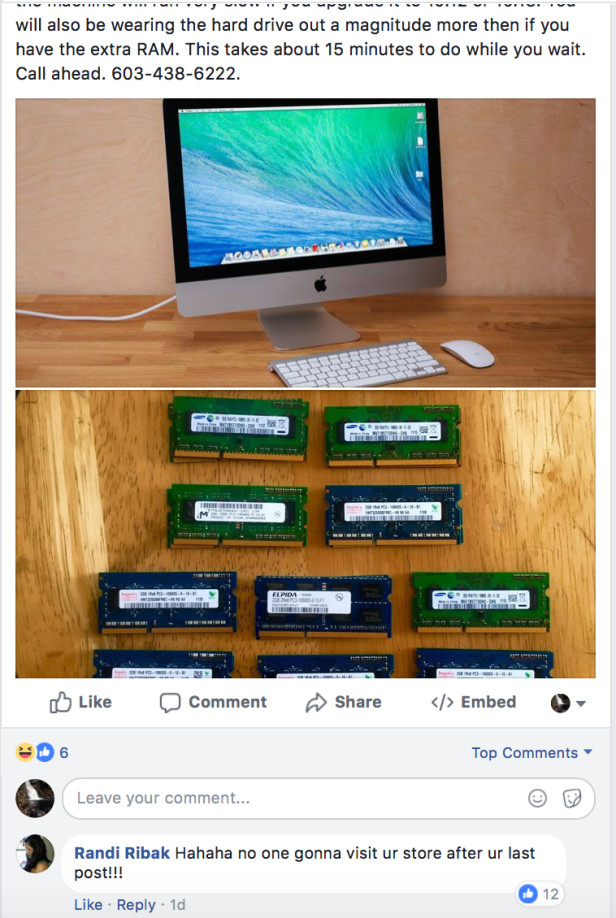 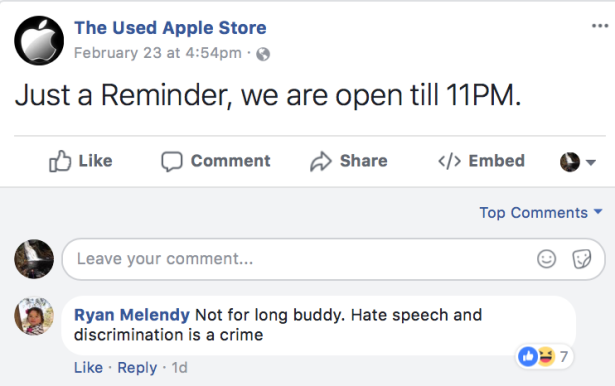 RELATED: Walmart has revealed the cause of the “Own The School Year” gun display at a store that had the internet buzzing

How did Williams react to the negative response?

“The general person isn’t spiritually far enough along to really understand,” he said.