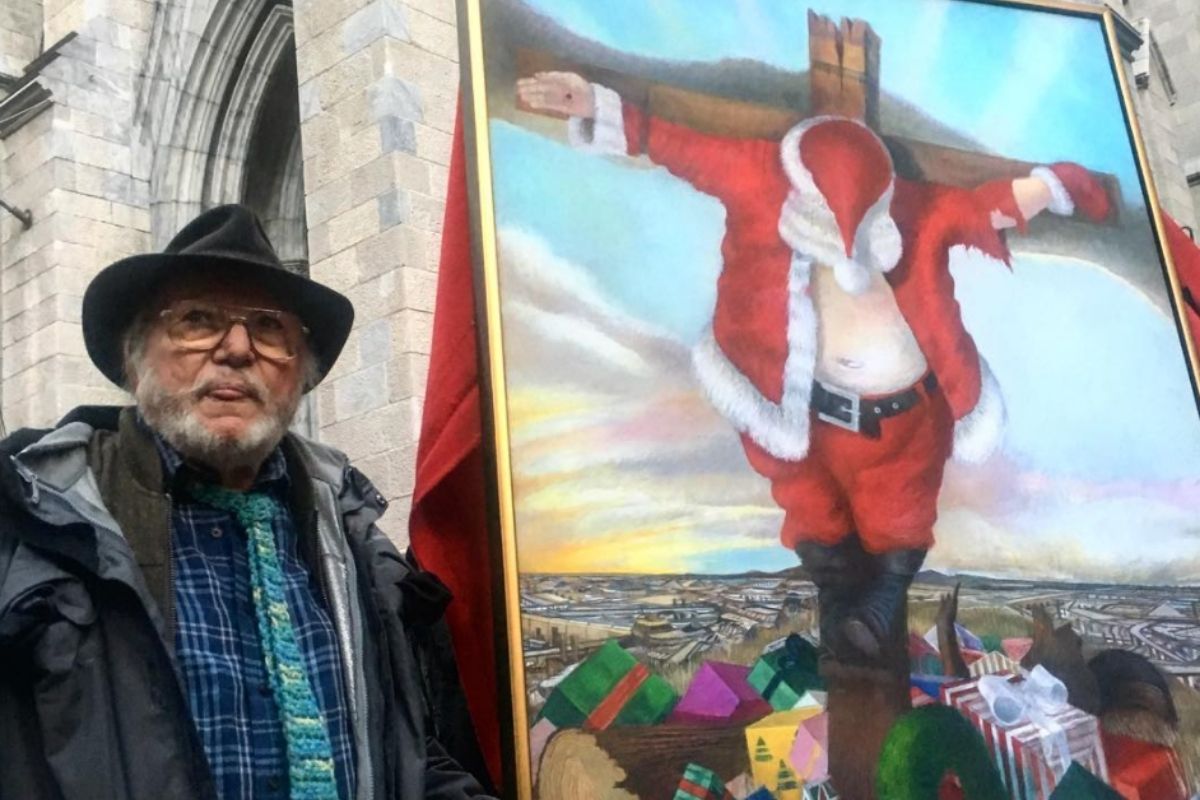 Churchgoers in New York City had come across a disturbing image when an artist propped up his painting of a crucified Santa Claus outside the historic St. Patrick’s Cathedral.

Robert Cenedella, who is the artist behind the macabre artwork, angered a lot of parishioners on Christmas Eve as they walked through Midtown. New York City councilman Joe Borelli was especially outraged with the spectacle, telling the New York Post, “You have to be a real piece of crap to try to ruin Christmas for children and families coming out of Mass. For shame!”

Cenedella’s painting was hanging in a Manhattan gallery before it was removed after patrons hit the owners with a barrage of complaints, per Page Six. The painting was titled “The Presence of Man” and showed Saint Nicholas hanging above a group of presents; his jacket is undone to expose his belly and his face is hidden by his hat. The portrait hung in the Manhattan gallery for less than 48 hours before it was removed.

“The Presence of Man” By Robert Cenedella

The painting actually has a long history- it’s been around for 20 years and is all to familiar to Catholic League President Bill Donohue, who criticized it when he first saw it, but has since changed his tune. Donohue says, “our point was that the artist could have made the same point by putting Santa in a noose, thus avoiding a conflict with Christians.”

A friend of the artist’s told Page Six that the painting isn’t intended to be a stab at Christmas or Santa, instead he says that Cenedella wanted to show it at St. Patrick’s Cathedral in order to “get people?s attention back on Christ on the cross instead of the commercialization of Christmas, which this painting is about.” The artist himself explained “the painting has been considered controversial from the outset but for the wrong reasons.”

But visitors to the iconic church certainly didn’t view it as a call to Christian values and away from commercialism, as one woman told the NY Post, “I can?t imagine how whoever painted this abomination … All he?s doing is being a Grinch.?

Editor’s note: This article was originally published on December 25, 2017.