Surveillance video captured it all.

A woman from Forest Hills, Queens, N.Y., went on vacation and hired a pet sitter to take care of her cat. However, she never expected him to invite a woman over and get intimate.

According to PIX11, Audrey Yang and her husband went to Australia in May and hired the pet sitter to take care of her cat, Meow Meow.

She hired Ahmet Ozturk after looking on Pet Parade for someone to take care of Meow Meow everyday afternoon.

RELATED: This guy’s been pooping on cars with abandon for years, but he’s finally been caught in the act

Unbeknownst to Ozturk, Yang’s husband installed a surveillance system in the home that could track movement. Ozturk came to the house late one night, causing Yang to get suspicious.

Video shows Ozturk bringing a woman over to the apartment and getting intimate with her.

Audrey said she was furious and tried texting the sitter. However, he never answered. She contacted a friend, Alicia Marshall, who ventured over to the apartment to get them out, according to PIX11.

Even better? The woman left the house carrying her pants.

Ozturk later admitted to doing what he did.

“I’m deeply apologetic. I’ve never done this before,” Ozturk told PIX11. “My love for animals is unprecedented, you know. I love animals.”

When PIX11’s Howard Thompson asked Ozturk if he learned his lesson, he said, “Of course. I’ve never done this before. I made a mistake. I do deeply regret it.”

The best part? Ozturk ended up paying Yang to get her apartment cleaned.

You can bet she won’t be going on another vacation anytime soon! 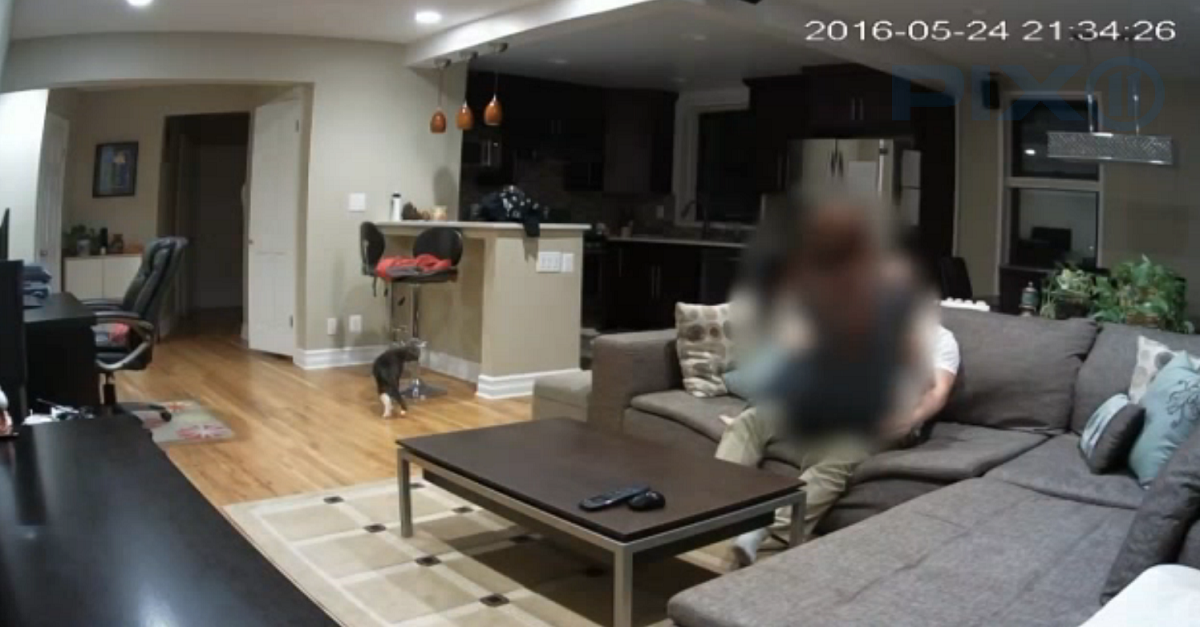