A police department is causing a stir by adding this dog to the force, but here’s their explanation 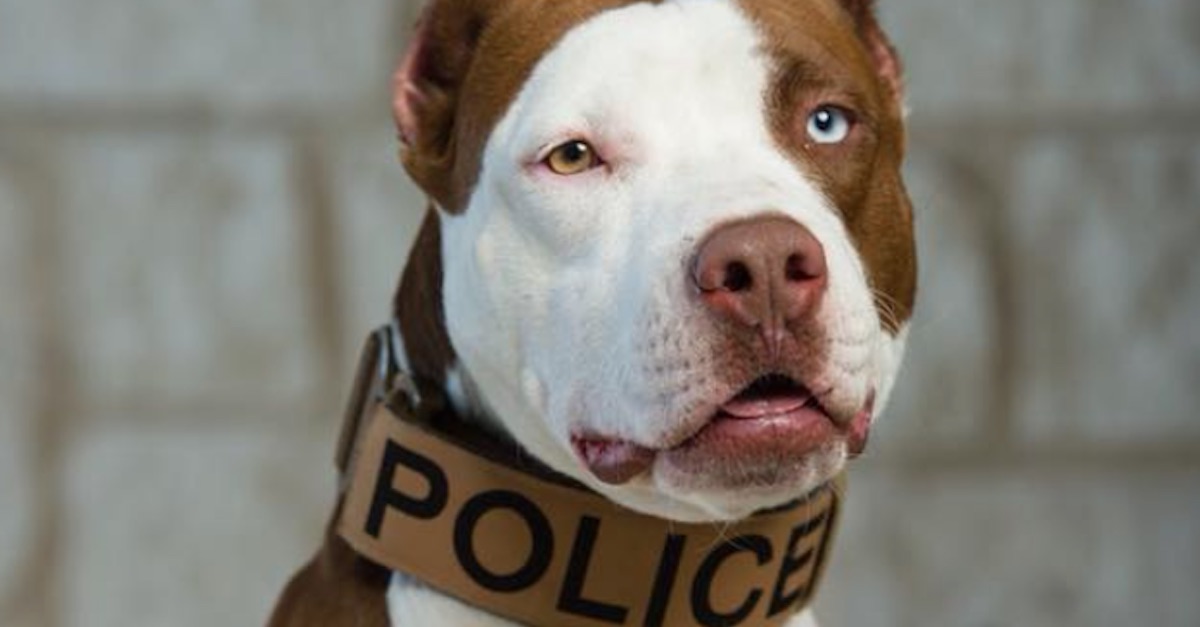 The dog is trained in locating marijuana, methamphetamine, cocaine, heroin and ecstasy. Kano?s handler ? Officer Mason Paden ? said he knows that some may be a little apprehensive of a pit bull on the police force.

Police explained why they chose a pit bull:

Why a Pit Bull? The way a dog is picked for this program is actually really simple…Animal Farm Foundation states, ?When rescuing and re-homing dogs, we focused on American Pit Bull Terriers. Over time , We realized that the dogs we were helping we?re not necessarily purebred American Pit Bull Terriers, but dogs that people called ?Pit Bulls?. ?Pit Bull? is not a breed or breed mix, but an ever expanding group that includes whatever and animal control officer, shelter worker, dog trainer, politician, dog owner, police officer, or newspaper says it is. This open our eyes to the dogs in front of us. These are the dogs that need our help.?

?I have always been ?pro-Pit Bull? these dogs are misunderstood. … Just like people dogs are individuals too!? the police posted on Facebook. ?Kano and I plan to get out there and help try to change the bad name that so many have given the Pit Bull.?

?Anyone who watches him work can and will see the drive this dog has, not only that but how incredible these dogs are,? the department wrote.

Universal K-9 operations director Brad Croft told the Hutchinson News that they look for pit bulls between 1 year and 32 months old so departments can get a longer career out of the dog.