NSFW warning: this article contains tweets from an account that features graphic nudity.

The Minnesotan adult film actress known as Olivia Nova has died, her agency LA Direct Models said in a statement.

“While only represented by Direct Models for a short period of time we came to know Olivia as a beautiful girl with a very sweet and gentle personality,” the agency said. “It is understood next of kin have been informed.”

“Another one, way too young we are beyond shocked and most certainly, completely out of the blue. Rest in peace, sweet angel,” the statement continued.

Nova notably retweeted an anti-cyberbullying message after the death of August Ames, who recently took her own life. 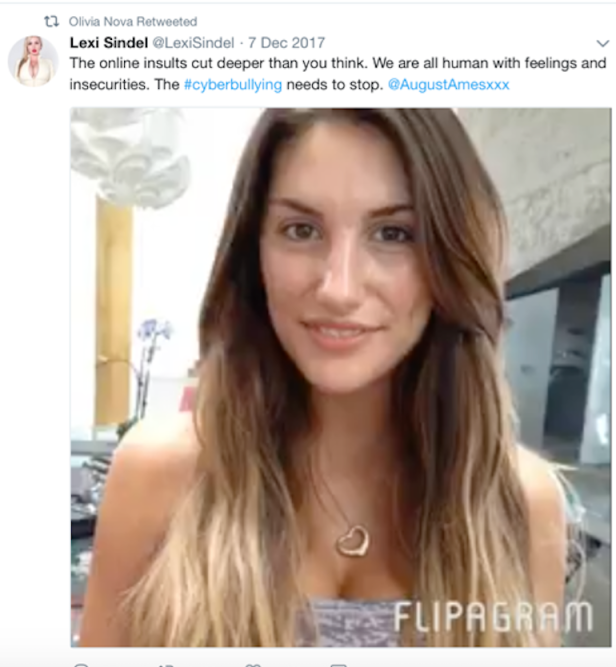 In December 2017, Nova responded to someone on Twitter who accused her of drug use and she revealed that her boyfriend killed himself in April, two days before her birthday.