A crazy story out of the Bronx, N.Y., has unfolded in which a husband picked up a tire iron and hunted down a man who allegedly forced his way into his apartment, beat his wife with a chair and tore off her clothes.

Video of 61-year-old Mamadou Diallo beating 43-year-old Earl Nash to death with a tire iron has been released.

The victim, who spoke with the New York Daily News after the horrifying attack, said she thought she was going to die.

“While it was going on, I was thinking I was going to die,” she said. “He tried to kill me.”

The woman, who was naked and afraid in the hall, said she saw the suspect again and yelled to her husband ‘That’s him! Don’t let him out!’”

Her husband responded by bashing the hell out of his wife’s assailant. He did not let him out.

RELATED: What alleged serial rapist “Zombie Mike” did to a woman in a wheelchair is horrendous

Nash’s skull was fractured, and blood was everywhere in the hallway.

RELATED: Just in time for Valentine’s Day, a Syrian rapist and a female prison guard present: the worst love story

Diallo was arrested Tuesday and charged with manslaughter, but that was reduced to assault, and it looks like he may have a convincing self-defense argument.

As he was lead out of a police station in handcuffs, Diallo said “Self-defense, he threatened my wife.”

“He was protecting himself. This man said he’s going to kill him, kill his family,” he said.

As Heavy.com noted, Nash had been arrested 19 times and just got done serving a nine-year prison sentence for drug possession and bribery.

The investigation is ongoing. 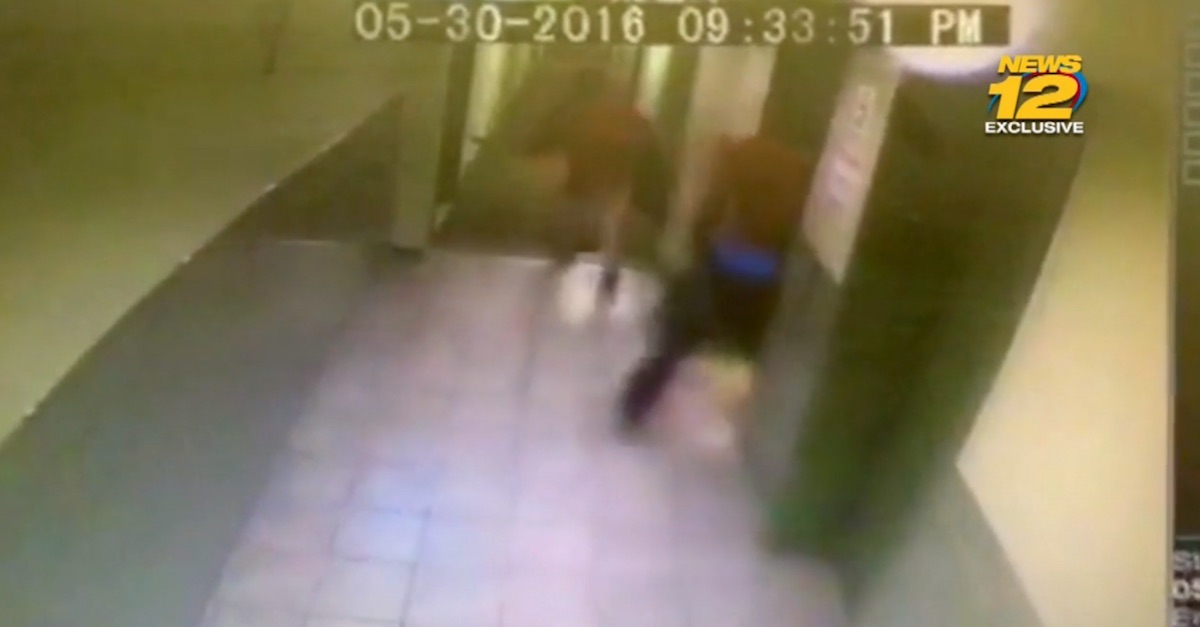