A retired U.S. Navy admiral had a dire assessment of the nuclear situation with North Korea 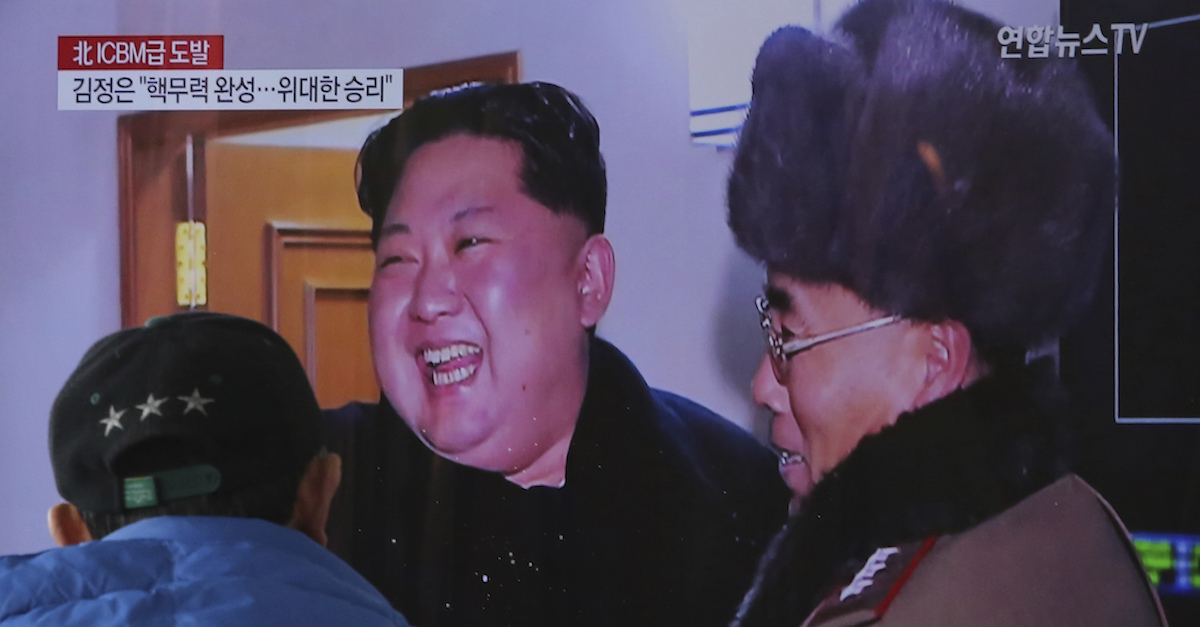 Retired Navy Admiral Mike Mullen said Sunday on ABC’s “This Week” that he doesn’t see an opportunity to resolve the conflict with North Korea diplomatically and that the U.S. is “closer […] to a nuclear war with with North Korea” than ever before.

RELATED: Yet another ship bringing oil to North Korea has been stopped by a United States ally in the region

During the segment hosted by Martha Raddatz, the former chairman of the Joint Chiefs of Staff under Presidents Bush and Obama made his thoughts on the matter clear.

“We’re actually closer, in my view, to a nuclear war with North Korea and in that region than we have ever been,” he said, adding, “I don’t see the opportunities to solve this diplomatically at this particular point.”

Former Joint Chiefs chair Mike Mullen tells @ThisWeekABC the U.S. is closer than ever to nuclear war with North Korea. "I don't see the opportunities to solve this diplomatically at this particular point." https://t.co/tDGlWWYKok pic.twitter.com/DHISECGjCM

Raddatz asked for Mullen’s opinion on President Donald Trump’s tactics dealing with North Korea by asking if he thinks “President Trump is stable.”

Mullen replied that he doesn’t question Trump’s stability, but does wonder how far Trump may be willing to go in terms of following through on rhetoric.

“Yeah, I don’t question the stability. I just think it’s the view. And I think that I have watched Secretary Mattis and General McMaster and General Kelly on the national security issues over time,” he said. “I think get the president to a point where he makes a decision that may be counter to his instincts. My concern is how long that actually lasts.”

“And in particular, that the peninsula in North Korea and will he follow through on his rhetoric? Or will we actually be able to get to a situation where it could be solved peacefully?” he asked.

RELATED: North Korea: that was “an act of war”

Mullen also said that he thinks Trump has made China “move more than they have in the past.”

“Well, I think President Trump has made China move more than they have in the past. Whether [China] will continue to do that to help resolve this [North Korea situation] is the open question,” he said.