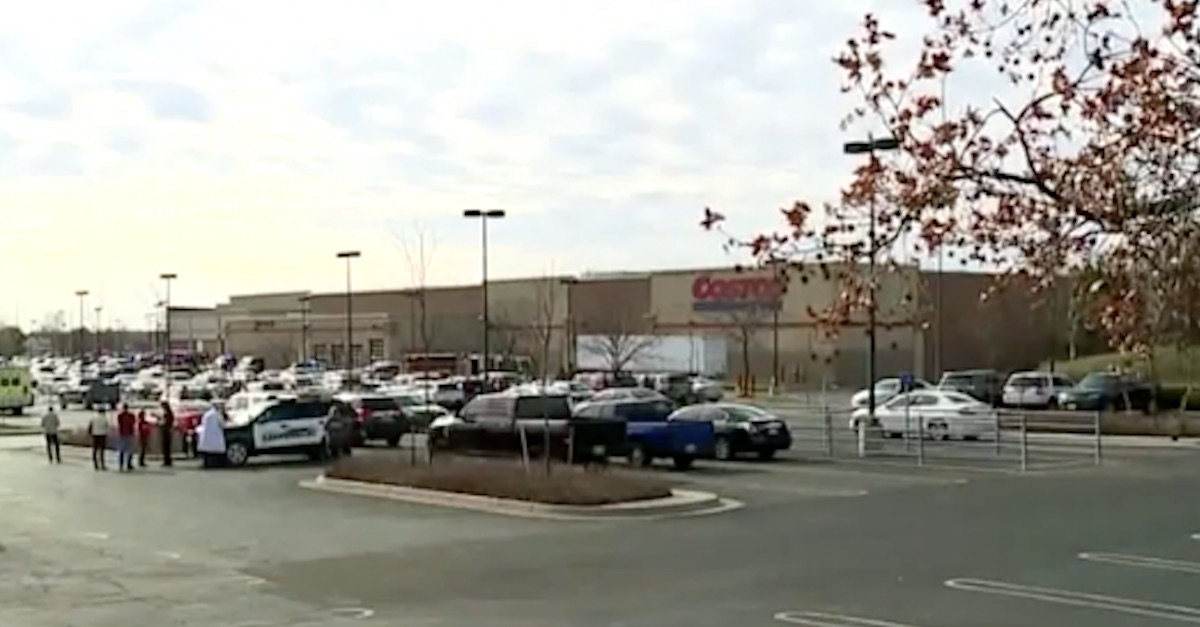 A Costco in Lenexa, Kans. might have been the scene of another deadly shooting on Sunday morning if not for the quick reaction of an off-duty police captain who did not hesitate to pull the trigger.

RELATED: Mother shoots 14-year-old son and then herself in murder-suicide

Costco shoppers who had to run for the store exits are thanking God that a police officer was there when a man with a gun started threatening people.

Howell, who was shopping at the time, has 22 years of law enforcement experience. The police department said Monday Howell fired his weapon after being confronted with a deadly situation.

No one else was injured.

The would-be shooter has since been identified as 58-year-old Ronald Hunt, who had been employed locally by Swift Trucking, according to WDAF.

Finding out anything about Hunt after the fatal incident ended up being a challenge for police. It wasn’t until Monday afternoon that they were able to contact any family members, and they are located in California.

Shoppers interviewed after the shooting are hailing Captain Mike Howell as a hero for ending the threat.

Kelli Lassman and Angela Greene were interviewed by WDAF. Lassman said, “Thank God that police officer was there,” while Greene credited Howell for trusting his instincts.

“I’m glad he let his training take over, and he was able to act, and nobody else was hurt,” she added.

If not for him, there may have been a very different outcome.

“[Our officer] was confronted with a deadly force situation, during which time he discharged his firearm killing an armed assailant. Captain Howell has requested that the media respect him, his family and their request for privacy at this time,” he said in a statement on Monday.

People on social media echoed the thoughts of the customers on the shooting.

Some said Howell should get a medal.

Lenexa owes the capt. a medal. He probably saved many lives.

Parents who were at the Costco with their kids said they were grateful.

Thank you Captain! I was at Costco with my 5 and 9 year old. We will forever be greatful for your service!

Still others thanked Howell for making the decision no police officer wants to make.

Thank you Capt for making that hard decision no police officer wants to do!