Deadly Spider Takes Down the World’s Second Most Poisonous Snake 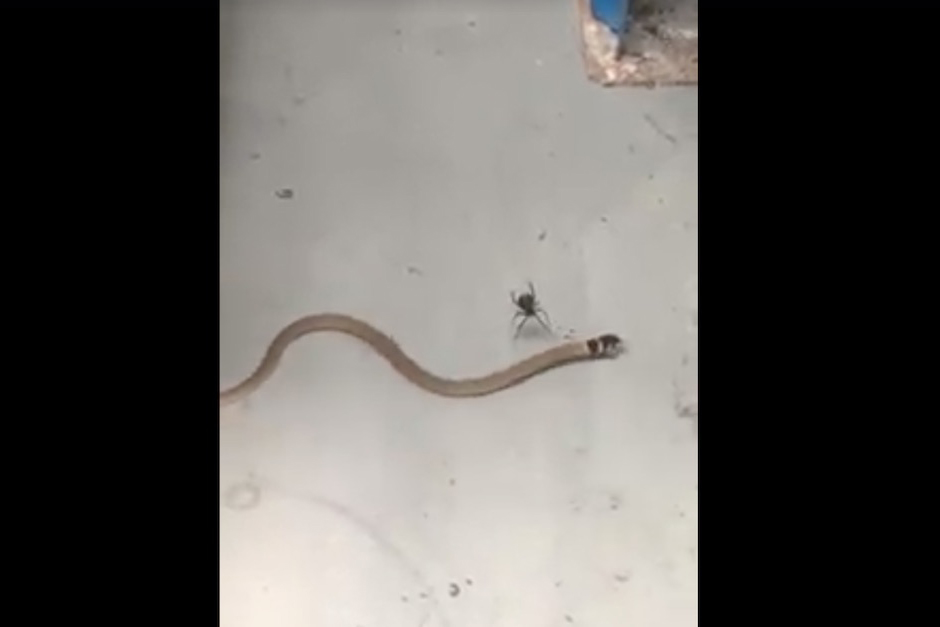 Employees at an automotive company in Cobram, Victoria, Australia got a glimpse of nature they didn’t expect when a venomous redback spider caught a baby snake in its web and poisoned it. The observers filmed the showdown and posted the intense video on social media.

“We had a visit today from a baby snake ?. Lucky our pet redback found it and killed it for us!” The uploader wrote.

The snake attacked was a baby brown snake, also venomous. But once in the clutches of the venomous spider, the little guy was toast.

According to the Australian Billabong Sanctuary, the Eastern Brown Snake is rated by most standards as “the snake with the second most toxic venom in the world.” In other words, it’s a very deadly snake.

An even more upsetting fact about this particular arachnid is how they reproduce. According to Lifehacker:

“One unique feature of redbacks’ mating is ‘sexual cannibalism.‘ During mating, not only does the female eat the male, but the male actually assists her in this process by flipping his body towards her so that he is closer to her mouthparts… Because the cannibalistic process is so slow, mating continues until the male succumbs to his injuries.”

Australian Reptile Park’s Michael Tate told Daily Mail Australia this redback v. brown snake encounter was a rare one, though not the first time, and that those seeing it would do best by standing back. Just let the scary small spider eat the entire snake and move on.

“If you were lucky enough to observe this, don?t intervene. Baby snakes are just as toxic as adult ones, so just stand back and let nature take its course,” he said.