Editor’s note: This article was originally published on June 11, 2017. It was updated after the high school yearbook adviser won a settlement after claiming she was forced to edit the yearbook photo.

In 2017, 17-year-old Grant Berardo wore a t-shirt in support for former President Donald Trump for his yearbook photo for Wall Township High School. The t-shirt read “Trump Make America Great Again,” but when he looked at his yearbook picture, he saw that the logo on his shirt was photoshopped out.

However, four years later, the Wall Township School District, is now paying $325,000 to the former New Jersey teacher, Susan Parsons, who claimed she was forced to digitally edit that Donald Trump t-shirt. According to the NJ Advance Media, although the district does not believe they were wrong in the yearbook censorship, the money will be paid by the district’s insurance carrier after the settlement agreement was approved.

Parsons, who said she voted for Trump in the 2016 election, said that as the high school’s yearbook adviser, she was ordered by the principal to remove the logo in order to make Berardo look like he was wearing a plain navy blue t-shirt.

Parsons claimed that she started to receive death threats, that she was made a scapegoat and suspended with pay after the incident, and that she had regularly expressed that she was forced to edit the photos. She is set to receive $204,000 with the rest of the settlement covering her attorney fees.

Back in 2017, a 17-year-old teen from Wall Township, New Jersey, spoke out after he took a look at his school’s yearbook and saw that the Trump t-shirt he wore the picture day was Photoshopped out. Grant Berardo said that he worn the shirt because he was too young to vote for former President Donald Trump in the 2016 election, but he wanted to show his support.

“It was photoshopped,” Grant said in an interview with the Asbury Park Press. “I sent it to my mom and dad, just like, ‘You won’t believe this.’ I was just overall disappointed. I like Trump, but it’s history too. Wearing that shirt memorializes the time.”

Trump Shirt Photoshopped Out of Yearbook

Wall School Districts superintendent Cheryl Dyer said that she is “quite disturbed by the entire situation.” The photo company, Jostens, did not comment. Whether a school employee or the photo company was responsible for the edit decision remains to be seen.

The school says political shirts are not a dress code violation. The teen’s father, Joseph Berardo Jr., called it “censorship” and believes “it was probably politically motivated.”

The father wondered what kind of message this sends to someone interested in politics before they can vote. He says, “What are you doing? Don’t you go to school to debate this stuff – at the collegiate level, at the high school level,” he asked. “What’s frustrating to me is that this was the first election he took interest in, but what message did the school send?” 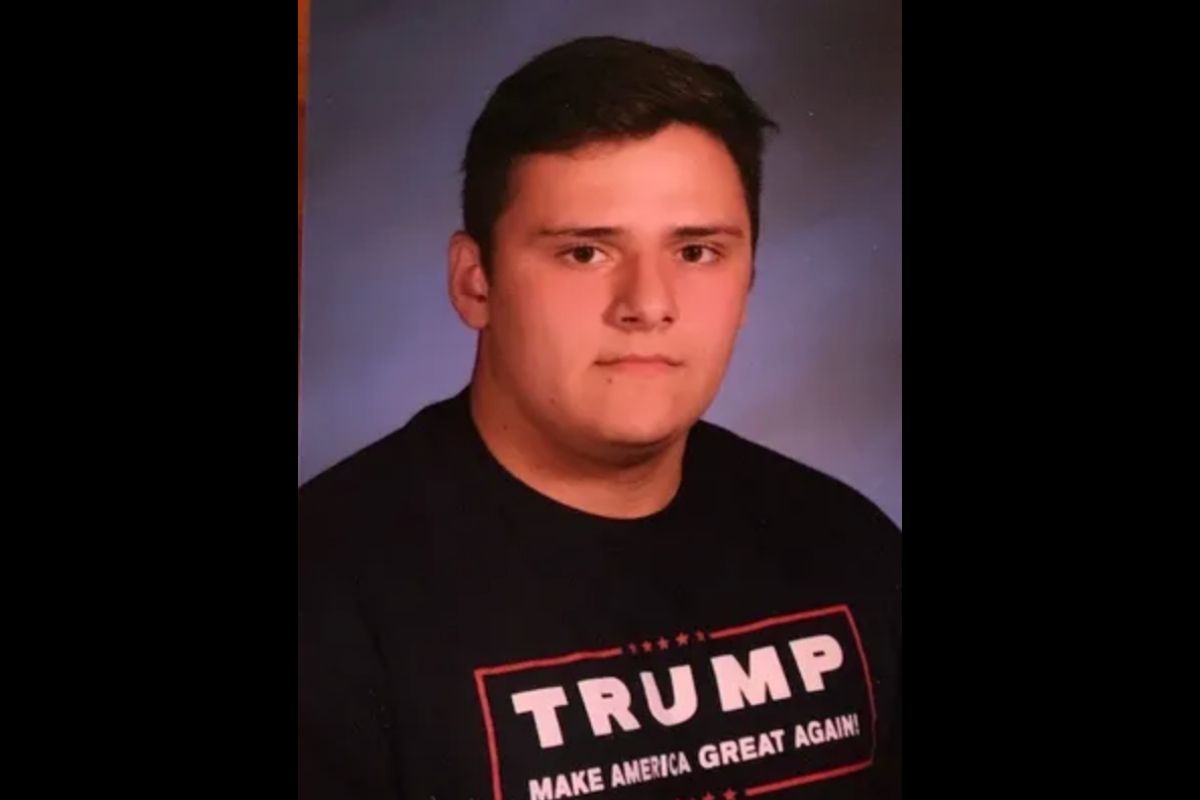