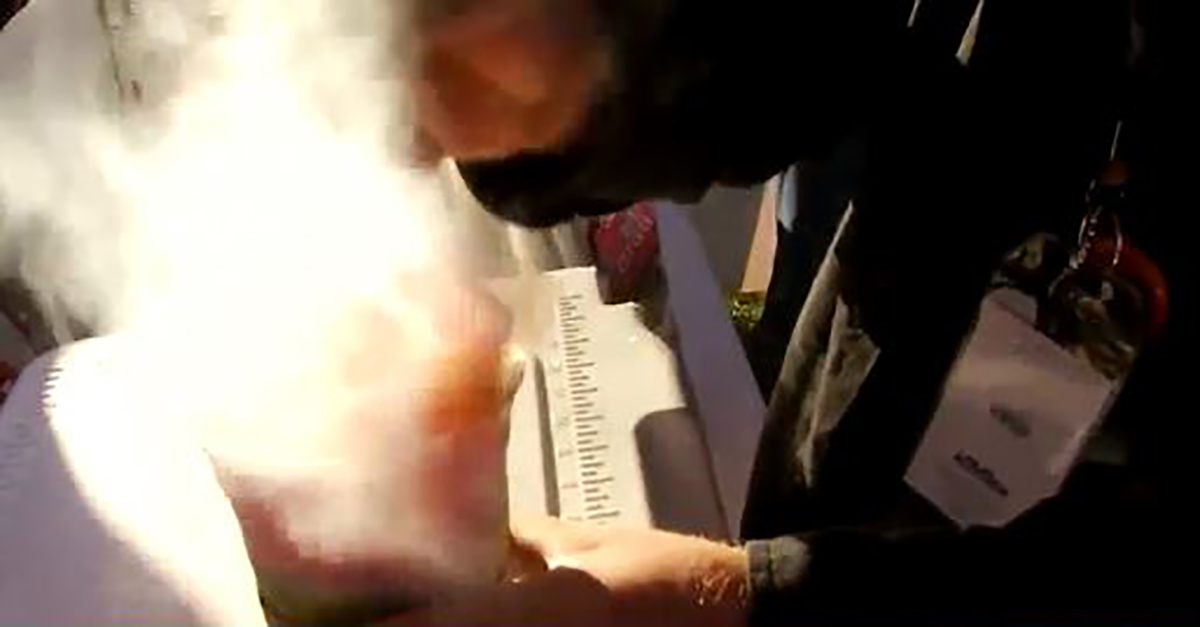 After a day at the state fair, a teenage girl is left with memories — and cuts and burns from a fair food.

At the Pensacola Interstate Fair in Escambia County, Florida, a cereal snack known as “Dragon Breath,” is getting a lot of attention. The treat is named for the dragon-like smoke that appears once it’s eaten and the effect comes from dipping multiple kinds of cereal in liquid nitrogen.

Tina McArthur’s 14-year-old granddaughter was left with frostbite-like burn to her thumb after enjoying the snack. She was taken to the emergency room and had her finger cut open because it was almost infected.

RELATED: Just looking at this new state fair food is enough to give you heartburn

McArthur wants to warn others about the treat so their day at the fair ends without an ER visit.

“I’m just trying to make it aware so that other parents don’t have to go through what I’ve gone through with my granddaughter because she’s been in a lot of pain dealing with this,” Tina McArthur told WPMI.

“They said had we not come in and got her finger treated she could have possibly lost her thumb,” she said.

“It seems like it’s something interesting and neat, but it could potentially harm you. The risks far outweigh the novelty of it,” said Reese.

Still, the Dragon’s Breath vendor says the treat is like any other hot food, where eating it carefully is the way to prevent burns.