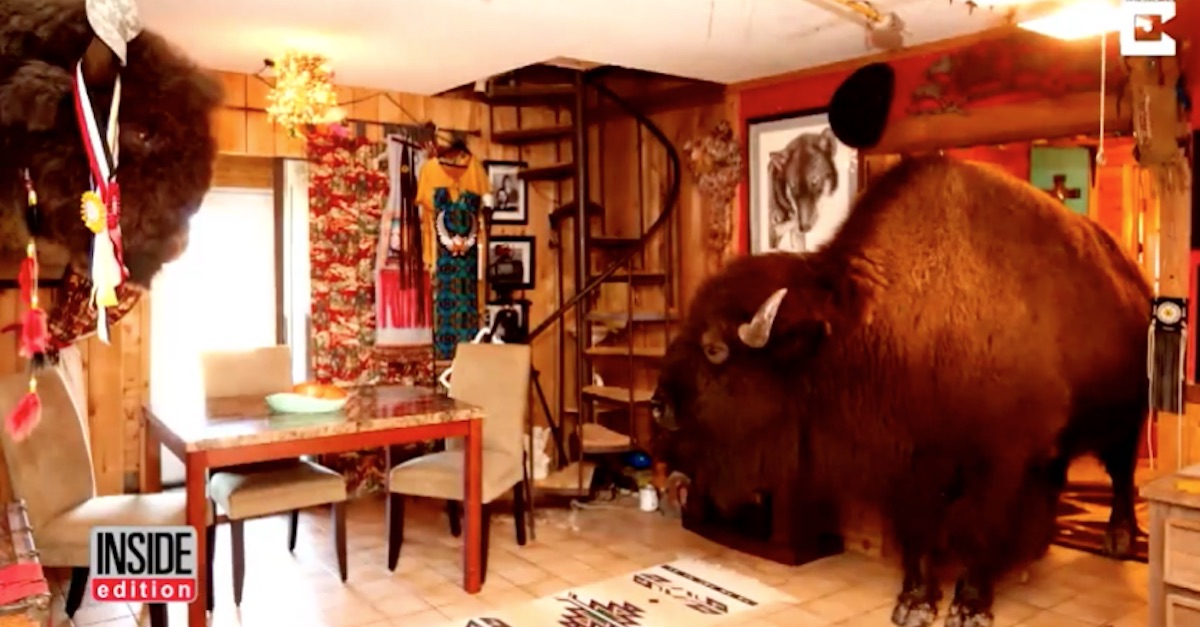 When it comes to domestic pets, you might say the Bridges family is winging it.

Ronnie and Sherron Bridges let a buffalo named “Wild Thing” roam where the deer and the antelope play. Well, not exactly.

RELATED: The stakes are high for this rhino and buffalo as they go horn to horn to claim territory

Wild Thing, 11, has free rein to walk around the house.

?He?s a house pet,? Ronnie Bridges told Inside Edition. ?Outside, he plays really rough, but inside the house, he?s really a gentleman.?

The 2,500-pound beast even goes to the bathroom outside unprompted.

?He never uses the bathroom in the house,? Sherron Bridges added. ?He walks right out, potties, [then] turns around and comes right back in the house. It amazes me, because how would you potty train a buffalo??

The buffalo doesn’t break things in the house.

?It?s like having a small car in the house. He?s real careful about not knocking anything in the house, but he tears up my house on the outside,? Ronnie said. ?I think he knows the house is my territory, and outside is his territory.?

RELATED: Watch how this woman completely freaks out when a buffalo approaches her car window

Make no mistake, this buffalo has risen to the level of family pet.

?Our son and our daughter, they both call Wild Thing their brother, they grew up together in the house,? Sherron said. ?Our grandson, he?s 3, he absolutely loves Wild Thing. He calls him ?Thing Thing,? and he loves helping grandpa feed him. He just can?t touch him.?